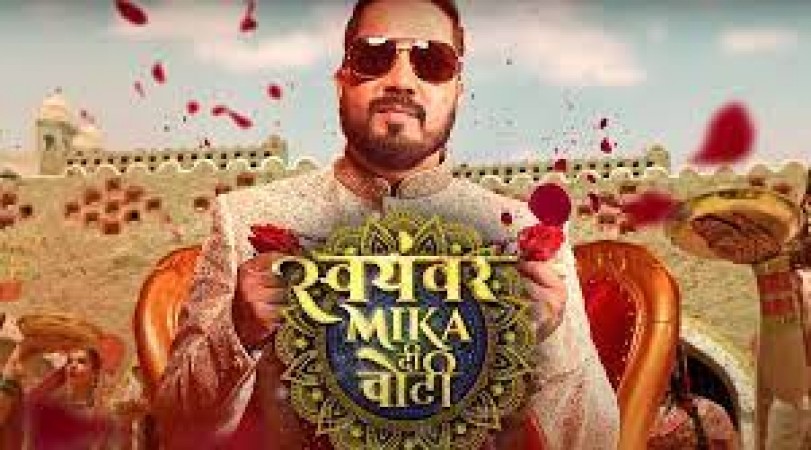 Mika Singh, a well-known singer of the entertainment world, is not only famous for his singing, but when he is on the stage, he talks to the fans openly and jokes with everyone. He also helps the needy a lot. Mika Singh has been in the news for some time now because of his Swayamvar.

In fact, he will be choosing his life partner through the reality show 'Swayamvar: Mika Di Vohti'. The new promo of the show shows the grand entry of 4 girls. Mika Singh will tie the knot in Jodhpur in a royal style. Their entire preparation for this is on the anvil. According to media reports, in this Swayamvar show of Mika Singh, 12 girls will propose marriage in front of him. In the promo, a girl makes an entry sitting on a palanquin. She says that she wants to sit in a palanquin and leave as a bride with Mika Singh.

In the promo of the show, it is seen that the other girl with Mika Singh interacts in such a way that singer Sharma goes. In fact, the other girl sits on her knees and expresses her love for them. The promo video of the show is being loved by people. Mika Singh's friend Kapil Sharma was in Jodhpur a few days ago. He had joined the singer's Swayamvar. Mika Singh's bachelor's party is also going to take place soon, which will be attended by many of his friends including Kapil Sharma, Daler Mehndi and many of his friends. The reality show Swayamvar: Mika Di Vohti is going to air in Star India from June 19, 2022.