New Delhi: Government-run airline Air India, which is going through a terrible economic crisis, has suffered a big setback. 120 Air India pilots have resigned en masse. Salary and promotion are believed to be behind this resignation. Air India is already facing the ire of oil companies. In such a situation, it is not less than a big shock for him. 120 pilots of Airbus A-320 had submitted their demands to the management regarding the increase in salary and promotion after the demand was not met, the pilots submitted their resignations to the management.

This step has been taken by the pilots of Air India when it has been decided by the central government to start the process of selling the stake of this airline stuck in debt of more than 60 thousand crores. One of the pilots who resigned told ANI, "Air India management should listen to our complaints. Our demand was that the salary should be increased and promoted, this demand has been pending for a long time, but we were not given any firm confidence from the management after which we took this step".

The pilot said that salary is not being available on time. He said that pilots are hired on low pay on contracts for the first 5 years. We hoped that our salary would increase and be promoted, but it did not happen. The pilots leaving the job expressed confidence that they would get a job elsewhere, as there are alternatives in the market. At present, companies like Go Air, Indigo Air, Vistara, Air Asia, Indian Airlines are operating Airbus 320.

Reserve Bank fears further decline in Indian economy, this is the reason 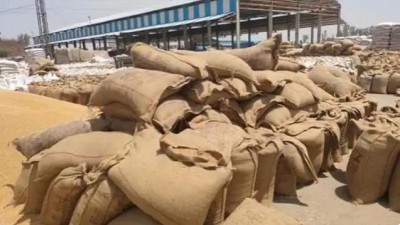