Rain wreaking havoc in Kolkata after Mumbai, 2 dead in a house collapse! 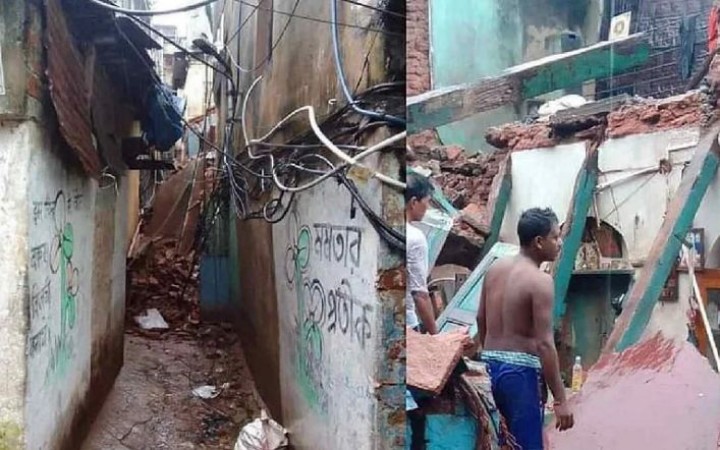 Kolkata: Cyclone in the Bay of Bengal bordering West Bengal has reached closer to Bengal. Briefing reporters at the regional headquarters of the MET department on Wednesday morning, Director GK Das said that the low pressure caused by the cyclone has reached the Central Ganga areas of Bengal.

Apart from Kolkata, north and south 24 Parganas, East and West Midnapore, Jhargram, Howrah, Hooghly, East and West Burdwan and Birbhum districts have been receiving heavy rain since morning. On the other hand, a portion of the house collapsed at Ahirtola in Kolkata due to heavy rains. Two people died and seven others are said to be injured.

UP: Empty cartridges parcel arrived through Speed Post, officers stunned to see what was in the parcel