New Delhi: An Air Force helicopter carrying Chief of Defence Staff (CDS) General Bipin Rawat met with an accident at Mi-17V5, Coonoor in Tamil Nadu on Wednesday. A total of 14 persons including CDS were on board the aircraft. Relief and rescue operations were launched after the accident. Besides CDS General Bipin Rawat, his wife Madhulika Rawat, PSO Brigadier LS Liddar of CDS, Lt Col Harjinder Singh, Naik Gursevak Singh, Naik Jitendra Kumar, Lance Naik Vivek Kumar and Lance Naik B Sai Teja were present on the helicopter Mi-17V5 aircraft. In addition, both the pilots and technical staff on board were also killed. Sources said, 13 persons have been confirmed dead in the accident so far.

A total of 14 persons including some other army officers were on board. As soon as the helicopter crashed, it caught fire and the surrounding trees also started burning with smoke. The rescue team which reached the spot after the accident doused the fire with the help of local people and rushed the injured to the hospital. CDS General Bipin Rawat is also said to be among the injured. Relief and rescue operations were launched after the accident. The video posted shows continuous smoke coming out of the wreckage of the helicopter and extinguishing it. The helicopter was shattered. At the same time, many trees have also been damaged.

#WATCH | Latest visuals from the spot (between Coimbatore and Sulur) where a military chopper crashed in Tamil Nadu. CDS Gen Bipin Rawat, his staff and some family members were in the chopper.

Another video posted by ANI after the accident shows that the debris is on fire and flames are constantly coming out. Many trees have been damaged. An inquiry has been ordered by the Indian Air Force to ascertain the cause of the accident after the MI series helicopter crashed. Air Force tweeted that an Air Force Mi-17V 5 helicopter has crashed in Coonoor. The helicopter was also carrying 14 persons including CDS General Bipin Rawat, his wife and army officer.

#WATCH | Latest visuals from the spot (between Coimbatore and Sulur) where a military chopper crashed in Tamil Nadu. CDS Bipin Rawat, his staff and some family members were in the chopper. pic.twitter.com/6oxG7xD8iW 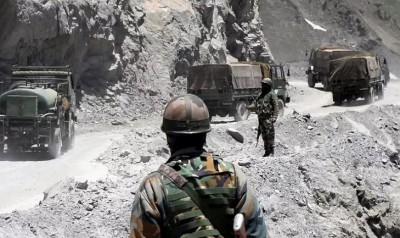