New Delhi: Tata Motors intends to present the Harrier in its facelift. The makeover of this favorite SUV has been pending for a long time. To compete with renowned rivals like Mahindra Scorpio N and Mahindra XUV700, the company is introducing a slew of new features.

It has lots of contemporary amenities. The five-seat SUV already has several special edition models (including the Dark and Kaziranga versions).

Tata is now targeting a complete update for its flagship line. It is estimated that the 2023 Tata Harrier facelift will be launched in late 2022 or early 2023.

Also Read: Kawasaki will Launch its EV next year

Face Lift Design: Every facelift has a new look. Despite the endearing look of the Tata Harrier, the new facelift is likely to see a slew of changes. There will probably be many new changes to the traditional Harrier design.

Alternative Petrol Engines: Due to their low initial cost, gasoline cars are becoming more and more popular among auto enthusiasts. Consequently, the Tata Harrier facelift could be powered by a 1.5-litre turbocharged petrol engine whose power and torque outputs are unknown. With this option, the starting prices are likely to come down.

A modern entertainment system system: The small and slow performance of the infotainment system of the current Tata Harrier is one of its biggest drawbacks.

This is a significant drawback as most modern automobiles have sizable touchscreen displays. A stylish infotainment system will be included with the 2023 Tata Harrier along with all existing convenience features and connectivity options.

Featuring an Advanced Driver Assistance System: The existence of ADAS features is yet to be confirmed by Tata Motors. However, it is quite typical of all contemporary mid-sized SUVs, especially those modeled after the MG Astor. The ADAS feature will be included in all upcoming models. It is highly likely that the Tata Harrier facelift will also have these features.

Low Cost: The Tata Harrier facelift is probably going to be priced lower at the time of launch as it is powered by a petrol engine. This will enhance the consumer appeal for the new model and give it a competitive advantage over competitors like Creta or Seltos. 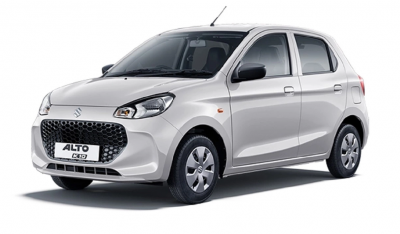