Shajapur: A shocking bell has come to light from Shajapur in Madhya Pradesh. In fact, there was a case of rape of a 75-year-old woman, but now there is shocking information about the case. In fact, the police were about to take action against the accused in the case when the body of the accused was found hanging from the snare before that. The victim reportedly lodged a complaint against the deceased on the same night. The entire matter is last Wednesday. In fact, on the morning of last Wednesday, the body of a 65-year-old man hanging from a tree near a temple in Village Ugli in the Shajapur district was found and there was a sensation when the body was found.

Police then launched an investigation into the case and found that a 75-year-old woman from the village had registered a rape case against the deceased on Tuesday night, 1 day ago. In the case, a 75-year-old woman informed the police in Village Ugli under Shujalpur City police station that her husband had passed away about 7 years ago. She lives in Village Ugli with her son and daughter-in-law after her three daughters get married. The woman was at home with her son and daughter-in-law at her house in the village last Tuesday but in the meantime, 65-year-old Devi alias Devi Ram Ahirwar, who lives in the village, came home at around 5 pm and asked her to walk out of the house to eat tobacco.

In her complaint, the elderly woman said that when she reached some distance outside the house with Devi Ram, Devi Ram took her behind Dev Maharaj's hotel and pushed her down and raped her. Police registered a case against Devi Ram at 9 pm last Tuesday on the basis of a complaint in the case but in the morning police received information that Devi Ram committed suicide. The police are now investigating the entire case from the beginning.

Younger brother killed the elder brother by stabbing him, also injured the parents 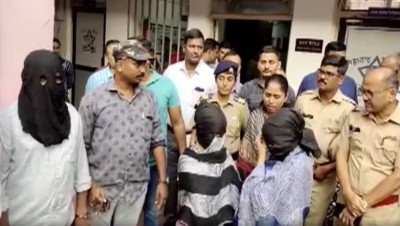 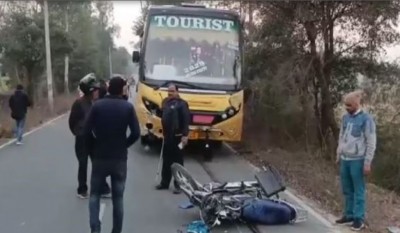