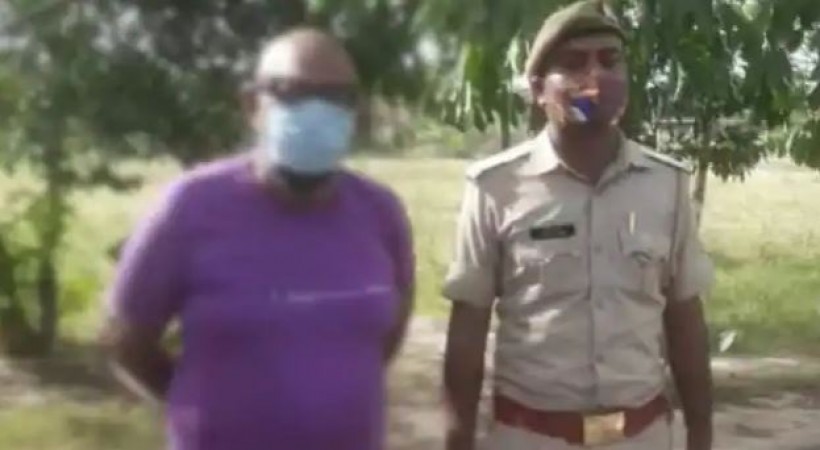 Noida: An 80-year-old painter in Noida, adjacent to Delhi, was arrested on Sunday for alleged 'digital rape' with a minor. In this case, the police said that the accused elderly man was living with the 17-year-old victim as her guardian and was sexually abusing her for more than seven years. Yes and in this case the victim had lodged a report against the accused in Sector-39 police station, after which the police arrested the accused person. Let us tell you that the accused Maurice Ryder, originally a resident of Allahabad, lives on rent in a sector of the police station area with one of his female friends.

According to the information received, Maurice Ryder is a painter and a 17-year-old teenager also lives under the protection of the accused's female friend. In this case, the teenager alleges that Maurice Ryder has been sexually abusing her for the past several years. In fact, the victim told the police that when she was ten years old, the accused was sexually abusing her and used to beat her when she protested. In fact, the victim told that the accused often used to show her obscene videos on TV on mobile and along with this, the victim has also handed over many video and audio recordings of the accused to the police.

In this whole case, the police sent the teenager to the district hospital for medical examination and after registering a report arrested the accused from his residence. In fact, the police have registered an FIR against the accused under sections 376, 323, 506 and POCSO Act. What is the meaning of 'Digital Rape' - Actually it means forcibly having sex with a woman / girl using any object other than the reproductive organ. It did not come under the purview of rape, but was added after the 2012 Nirbhaya case.