India-Pakistan: Is it right to call for a ban of Pak artists only? It’s been more than one month to URI attack and we all are witness of its after effects on Bollywood industry. Bollywood is still divided on the matter of banning Pakistani artist. While some artist are in support of the ban others calling it hypocrisy. Last month all the newspapers and internet was flooded with celebrity tweets and statements supporting or denying ban on Pakistan artist, regarding this Karan Johar, the director of ADHM made a statement:

Many Bollywood celebrities also open up and shared their view about MNS’ call for ban on Pakistani actors. The leading Hollywood and Bollywood diva Priyanka Chopra said-

Why does the acting profession have to face the sward before anyone else? Because they are public personalities? “Why not Business(men), politicians, doctors and why not anyone else except for public people who are not the actors in the movie industry?”

Bollywood actor Abhay Deol also speaks up about the issue-

“If you want to ban anything to do with Pakistan, then go the distance. Don’t just ban filmmakers. Why are you doing a half-hearted job?”

He also adds, “Ban the business dealings, the import, and the export because when you do half a job no one will take you seriously.

Director AnuragKashyap while supporting Director Karan Johar, whose Upcoming movie ADHM has Pakistan artist in it, goes a step forward and asked PM NarendraModi why he was not expected to apologise for his visit to Pakistan. He tweets-

“@narendramodi Sir you haven’t yet said sorry for your trip to meet the Pakistani PM.. It was dec 25th. Same time KJo was shooting ADHM? Why?”

He also said-“@narendramodi why is it that we have to face it while you can be silent?

Rahul Aggarwal,a member of the Indian film association posted a letter oh his resignation on the biggest social media platform aka Facebook in which he said- 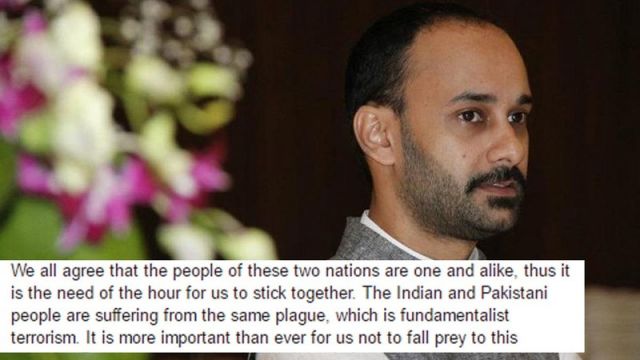 While some personalities including Ajay Devgan, Akshay Kumar, VarunDhavan, ArnabGoswami, LataMangeshkar etc. are favoring the ban, the question remains the same-

Is it correct to only ban artist and not other businesses?

Pakistan is the largest buyer of Indian cotton. We also export Dairy products and Sugar to Pakistan whereas we are the potential buyer of Cement from Pakistan. In the year 2015-16 India’s export to Pakistan was $2.17 Billion and imports were less than $500 Million. In short, India earns more from Pakistan than Pakistan from India.

Trade experts said that Political issues has never affected the trade between two countries even after the Parliament attack in 2001 or Mumbai terrorist attack in 2008. Expert say- putting complete ban on bilateral business is not going to be a wise decision as it will heavily impact Indian business and economy.

The decision of banning Pakistani artist is made keeping the present sentiments in concern. There’s nothing like the ban is going to be forever. I also agree that banning movies casting Pakistani artist and that are at the stage of releasing would cause serious business damage to country’s film directors. However what we can do is to not further cast Pak artist, at least till the issue get sort out. There are many talented Indian artists to fill the gap.

However movies are short term business aspects but trading with the neighbor country goes far beyond, it will impact complete economy. So keeping the current situations in mind banning artist for short term in country’s favor is very little we all can do.