Here are Key Points of his address -

2.It's assumed that assets held by Indian Residents in Switzerland are undeclared.BIS data shows non-Bank loan and deposits(constituting individual and corporate deposits used as Black money haven in past and exclude interbank transactions)fell by 34.5% in '17 compared to '16: P Goyal in RS claimed 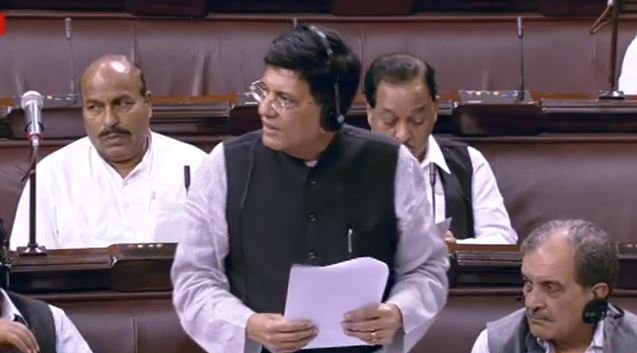 4. According to data released by Swiss National Bank, loans and deposits of individual Indians in the bank decreased by 34.5% in the last year compared to the previous year.