The war of words between tv's famous actress Urfi Javed and singer Rahul Vaidya is now increasing. Rahul had commented on Urfi's atrangi outfit without taking names. Then, now, Urfi has also become an attack on Rahul. Now Urfi has worked to increase this war and has called Rahul Vaidya a sexual hypocrite on social media.

In fact, recently Rahul Vaidya's new song has been released which is titled Naughty Balam. Sharing the poster of the same song, Urfi Javed wrote- "Use women's bodies for your own benefit but when that woman chooses it of her own free will, wears something and posts it, some people have trouble. ’ 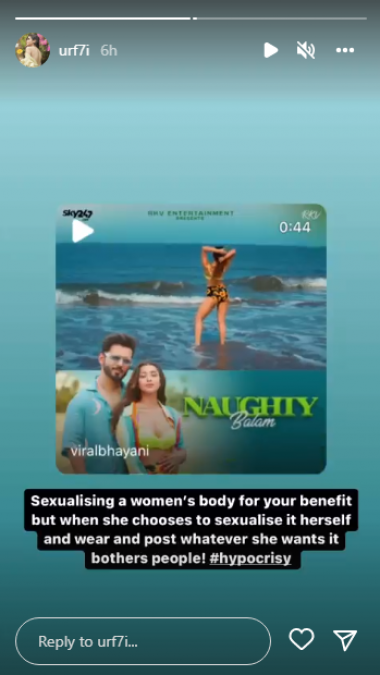 The same Urfi Javed not only stopped but by sharing another post, he directly attacked Rahul Vaidya. Urfi wrote - "I like Rahul Vaidya a lot as a singer but you have lost your respect in my eyes. You are a sensual hypocrite. Let me tell you that this war was started by Rahul Vaidya and now Urfi Javed has also given a befitting reply to Rahul. It has to be seen whether Rahul will take this war of words forward or this matter will stop here.