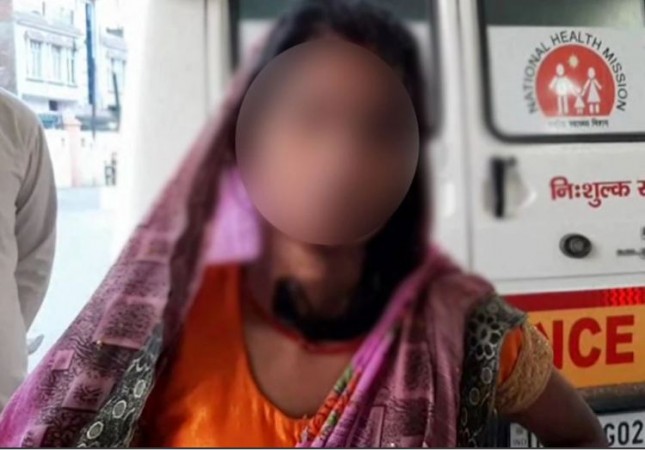 Rampur: In the Rampur district of Uttar Pradesh, a man was suspected to have become an animal. Here, a husband, suspected of having a Nazi relationship, sewed his wife's private part with a copper wire. The accused husband has been arrested by the police and the victim is being treated in hospital.  A man from District Rampur was suspected of having an illicit relationship with his wife. The husband and wife were often feuding over it.

On Saturday, the husband and wife once again had a dispute and the angry husband turned violent. The husband assaulted his wife, while the woman screamed. In the meantime, the husband crossed all the details and sewed his wife's private part with a wire. In the meantime, the woman was upset and a complaint was lodged with Kotwali Milak. In this case, the police has registered an FIR and are interrogating the accused. The victim told police that the husband put stitches on her body, and the husband considers her to be a sinner. According to the woman's complaint, "I was sleeping at six o'clock in the morning, she caught my hands, feet and stubby cloth in the mouth so that I would not cry. Then he made stitches with a copper wire," he said.

At the same time, the accused husband told the police that ''my wife was cheating on me and was having an illicit relationship with a non-male. I leave for work in the morning and my wife goes out after me to roam around. I got stitches attached to the wire after getting in a fit.'' The husband says that 'I work hard to fulfill every requirement of my wife, but my wife is doing wrong to me.' On this matter, Superintendent of Police Shagun Gautam said that in Rampur district, her husband was assaulted and inhumanly by her husband after she was informed by a woman. In view of the seriousness of the case, an immediate case was registered and the woman underwent a medical examination. On the basis of medical injury, the woman's husband has been arrested and further legal action is being taken.

Man beaten to death by bricks in Muzaffarnagar, learn the matter