Aadhaar to be verified before being accepted as identification: UIDAI NEW DELHI: The Unique Identification Authority of India (UIDAI) has said that any organisations adopting an Aadhaar, whether in physical or electronic form, to establish a person's identity must first validate it in order to prevent misuse.
The UIDAI has instructed that the proper procedure to determine the validity of any form of Aadhaar (Aadhaar letter, e-Aadhaar, Aadhaar PVC card, and m-Aadhaar) submitted by a person is the verification of the Aadhaar number with the Aadhaar holder's consent.

According to officials, it forbids dishonest individuals and antisocial individuals from engaging in any potential misuse. It also reinforces the UIDAI's position that any 12-digit number is not an Aadhaar and encourages usage hygiene. Offline verification can be used to detect tampering with Aadhaar papers, which is a criminal offence subject to fines under Section 35 of the Aadhaar Act.

The UIDAI has urged the state governments to emphasise the need for verification prior to use and has asked them to provide the necessary guidance so that whenever Aadhaar is submitted as a proof of identity, the concerned entity uses Aadhaar as an identity document to perform authentication/verification of the resident.

The UIDAI has also sent out circulars to businesses that are authorised to perform authentication and verification as well as entities that seek services, emphasising the need of verification and outlining the methodology to be followed.
Using the mAadhaar app or an Aadhaar QR code Scanner, any Aadhaar can be validated using the QR code present on all Aadhaar forms (Aadhaar letter, e-Aadhaar, Aadhaar PVC card, and m-Aadhaar). For mobile devices running iOS and Android as well as window-based programmes, the QR code scanner is free to use.

IMF: China's zero-Covid policy needs to be "recalibrated" to help the economy 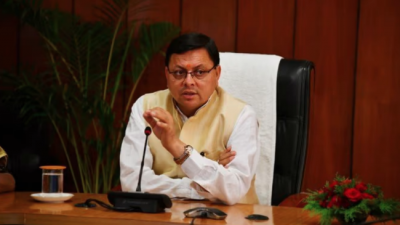