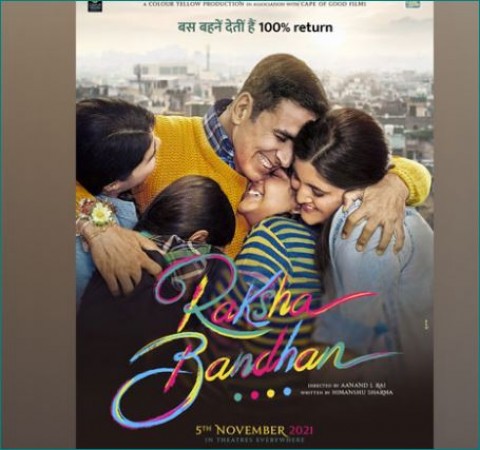 Recently, Anand L. Rai is going to bring a big gift for his audience. Yes, he is going to come up with his new offering "Rakshabandhan". As you all may know, his film "Atrangi Re" is going to come and now after this, the filmmaker Anand L. Rai and superstar Akshay Kumar are ready to work for "Rakshabandhan". Yes, being told The film is written by National Award-winning screen writer Himanshu Sharma. You may know that Himanshu has written films like "Zero", "Tanu Weds Manu" franchise and "Ranjhana" so far.

Talking about the film "Rakshabandhan", this film has been announced on the day of "Rakhi" and the poster of this film is also showing that this film is going to be related to the family. It will be released on 5 November. Well earlier this year, filmmaker Anand L. Rai announced his first project "Atrangi Ray" with Akshay Kumar. South superstar Dhanush and famous Bala Sara Ali Khan are going to appear in this film. At the same time, Anand L. Rai has announced "Rakshabandhan" with Akshay Kumar which will be ready for the shoot soon. Recently excited about the film, producer Anand L Rai said, "Akshay Kumar is a very talented actor and I am more excited to work with him once again for" Rakshabandhan ". Celebrates beautifully.

Apart from this, Akshay Kumar said that 'rarely in life comes such a story that touches your heart so deeply and so easily'.