JAMMU: Four pilgrims to the Amarnath cave shrine were injured in a road accident on the Jammu-Srinagar route in the Ramban district of Jammu Kashsmir on Friday, July 1, 2022, according to officials. Their vehicle slipped off the national highway and turned turtle in Ramban district.

According to police reports, a vehicle carrying pilgrims on the Amarnath Yatra to Pahalgam base camp lost control close to the Sherbibi area in Ramban district on the Jammu-Srinagar route. "This incident harmed four Yatris. They were taken to the hospital, where the treating medical professionals indicated their situation is stable "sources reported.

Vinayak Gupta, Anita, and Gudiya of Chhattisgarh, and Kundan Kumar of Uttar Pradesh, have been named among the injured.

The tragedy occurred close to the Sherbibi locality in Banihal while the tempo-traveler was carrying pilgrims from Jammu to Kashmir.

On July 3, they were scheduled to visit the cave shrine in the south Kashmir Himalayas. 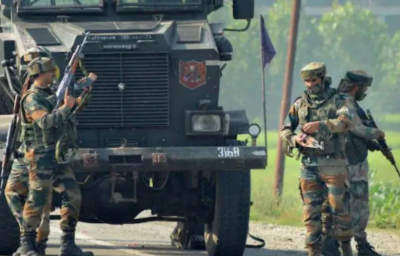