Energy security plays a crucial role in a nation’s economy. The ability to provide uninterrupted power supply is vital for the growth of critical sectors. Even more important is a diversified energy security plan so that a country can switch to an alternative power source when the need arises.

As green power takes precedence in the global scheme of things, India’s plans to kick-start its green hydrogen vision are well underway. Touted to be a strong alternative to conventional power generation methods, green hydrogen has become a viable option for countries desiring a clean power source. Industry giants like Adani, Siemens and Reliance have already made considerable progress towards making green hydrogen an affordable fuel option.

Incidentally, Adani has already partnered with Italian group, Maire Tecnimont, to develop green hydrogen projects in India. Adani is one of the largest renewables company in India, with a renewable energy portfolio of 15,390MW. 4,373 million units of green power already been produced through its solar, wind and hybrid power projects, which are present across 11 Indian states. It makes sense for Adani to push for the adoption of green hydrogen given the company’s status as a harbinger of India’s energy transition.

Other than Adani, Siemens is another major name that is promoting the new fuel. The company is somewhat of a pioneer on the topic, releasing a whitepaper study on the viability of green hydrogen and the utilization of wind power as a key enabler. The report by Siemens Gamesa outlines a detailed plan on delivering cost-competitive green hydrogen by 2030 using on-shore wind projects and by 2035 using off-shore wind.

The Government of India is also emerging as a top backer for the propagation of green hydrogen. In his Independence Day speech, the Prime Minister flagged the launch of a National Hydrogen Mission and announced his government’s decision to transform India into ‘a global hub for green hydrogen production and export’. This is in line with the nation’s aim of achieving a 450GW target capacity by 2030 – with the 100GW mark already surpassed last month.

Draft power market regulations released by the government are also expected to boost green hydrogen development. The regulations allow for the procuring of renewable hydrogen to be counted towards a Renewable Purchase Obligation (RPO) by companies. With the government emerging as a leading backer of this new fuel alternative, stakeholders like Adani and Siemens can expect new avenue for growth to emerge shortly. 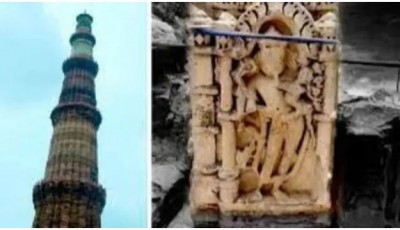