The entertainment that the audience gets to witness is a result of endless practise done by artists and actors. Behind this entire practice of acting, theatre plays a pivotal role in developing an actor’s confidence to emote on stage and on screen. While good looks are important for any actor, method acting is much more important. Honing both these skills together, Adarsh Singh Cheema is giving his best shot before he prepares to make his smashing debut in Bollywood.

Adarsh believes that just like fuel is essential for an automobile to function, theatre practice is equally significant for any layman to become a prolific actor. For the same, the talented artist has been investing 6 to 7 hours daily. “I am loving this process, and I must say that the more I am deep-diving into the world of theatre, the more I am improving my skills as an actor”, says Cheema.

Currently, Adarsh Singh Cheema is occupied in practising theatre for three shows that will be held in Lucknow’s Gandhi Bhawan in October. From these three shows, the actor is playing the main lead in one show. Sharing his excitement about it, Adarsh stated that he is giving it his all to ace perfection. The actor practises voice modulation exercises and drinks hot water every day. Elaborating about it, he said, “I do om chanting daily and have made breathing practises a part of my routine. It has given me peace of mind and has boosted my self morale to a new level.”

Furthermore, Adarsh Singh Cheema went on to say that “understanding” and “empathy” are two pillars for any actor to succeed. “To get into the character competently, an actor must get into the soul of the character and live it to the fullest. That’s the definition I have about acting”, adds Adarsh. In today’s dynamic culture, the ability to understand one’s point of view is what matters the most, and Adarsh Singh Cheema is truly justifying his work.

On the professional front, the actor recently made his music video debut with Eros Now Music’s ‘Tera Fitoor’. After getting an overwhelming response to the song, the actor is elated and wants to be a part of various other music videos. With having many projects in the pipeline including web shows, web series, short films and feature films, Adarsh Singh Cheema is acing up his skills in theatre to get in-depth knowledge about the roles and characters that he chooses to play in his forthcoming projects. 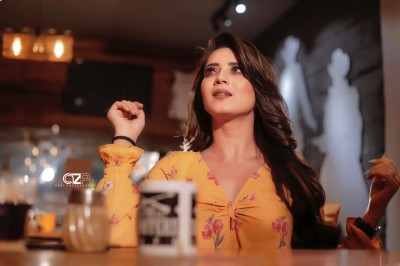