Indian women's football team captain Ashalata Devi has revealed her goal in the AFC Women's Asian Cup. Ashalata said that her target in the Asian Cup is to make it to the quarter-finals and qualify for the World Cup. However, for this, she also mentioned the challenge the team will face. She added that their success will largely depend on how well the team handles pressure.

The AFC Women's Asian Cup will be held from January 20 to February 6 at three venues across Maharashtra. This tournament will give all the teams a chance to qualify for the FIFA World Cup 2023. The four teams that reach the semi-finals will get a direct entry into the World Cup, while the team that loses in the quarter-finals will play in the continental playoffs for the last place.

Ashalata said, ''There is pressure to do well in every tournament and I think you cannot play without it. How you deal with pressure matters and we have learned that."

Ashalata said, ''It is everyone’s dream to represent India in such a big tournament. Our aim is to make history by making it to the quarter-finals and qualifying for the FIFA Women's World Cup 2023." 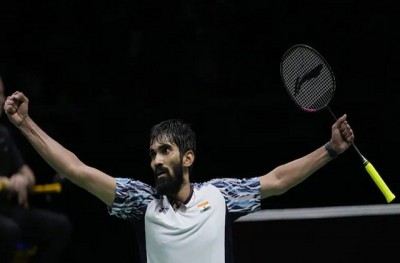