Mumbai: The Narcotics Control Bureau (NCB) has given clean chit to six persons, including Aryan Khan, son of famous superstar Shah Rukh Khan (SRK), due to lack of evidence. The charges against Aryan Khan were canceled on Friday. NCB admitted that drugs were not seized from Aryan Khan. NCB also could not prove that Aryan Khan had consumed drugs during the raid. Nor could NCB prove that Aryan Khan was part of any international drug racket and had any role in providing drugs to the attendees of the cruise from Mumbai to Goa.

After the clean chit given to Aryan Khan by the NCB, orders have been given by the Central Government for investigation against the then Zonal Director of Mumbai NCB, Sameer Wankhede, who led this entire raid and investigation. In such a situation, the problems of Wankhede, which is already going through investigation for grabbing IRS job on the basis of fake caste certificate, have increased. But Maharashtra Congress State President Nana Patole has given his reaction on this and said that no action will be taken on Wankhede.

Talking to the media in Nagpur, Nana Patole said, "Central investigative agencies are constantly being used in a wrong way. This is the clear view of the Congress. Congress has been saying the same in the case of Aryan Khan. I speak clearly to you. No action will be taken against Sameer Wankhede. This will be proved in the time to come. 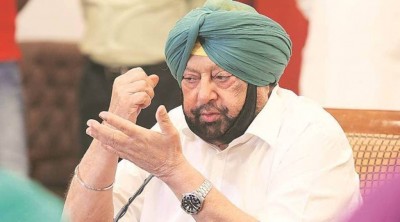