BEIJING: As tensions between Beijing and Washington escalated in July 2018, months before the US-China trade war began, local media coverage of President Xi Jinping focused on the country's top scientists and engineers on their initiatives to advance advances in core technologies. Rally to move forward.

Currently, YMTC is still a major player in China's campaign for semiconductor self-sufficiency, but things are different now. Tech giant Tsinghua Unigroup is no longer its owner; It was bought by Beijing Zhiguangxin Holding in July. Zhao Weiguo, the former chairman of Tsinghua Unigroup, who accompanied Xi on a tour of that factory, is currently the subject of an investigation.

More significantly, the YMTC is under pressure due to the prospect of new US trade sanctions. Requests for comment were not responded to by the company, which is headquartered in Wuhan, the provincial capital of central Hubei.

The growing animosity between Beijing and Washington has largely spared the YMTC. It did not experience the same fate as important Chinese tech companies such as Semiconductor Manufacturing International Corp and Huawei Technologies Co, which were placed on Washington's business blacklist in the early stages of the US-China tech war.

As a result, YMTC is in a unique position to guide China's semiconductor industry in reducing its reliance on imported technologies while pursuing innovation.

Dylan Patel, chief analyst at Los Angeles-based SemiAnalysis, wrote in a newsletter last month that YMTC is not a copycat with older technology, contrary to popular belief. "They're developing their own cutting-edge and distinctive products."

According to an article in Nikkei Asia from May 2021, the maker of memory chips had assembled a task force of more than 800 people to examine its supply chain with the ultimate aim of displacing US suppliers. Although YMTC later denied that report, it showed how the company has grown to play a significant role in the supply of semiconductors around the world.

The privately held YMTC was founded in July 2016, when Tsinghua Unigroup acquired the memory chip division of Wuhan XMC, which was established in 2006 and runs two chip manufacturing plants. Since 2008, XMC has worked with and licensed Spencer's flash memory technology. Later, Cypress Semiconductor bought Spansion, which was then acquired by German company Infineon Technologies in 2020.

YMTC received a seed investment of approximately 18.9 billion yuan (US$2.67 billion) from Big Fund, Hubei Science and Technology Investment Group and a state-backed China Integrated Circuit Industry Investment Fund. According to the company's website, YMTC has received a total investment of $24 billion.

Globally, YMTC employs over 10,000 people, including 6,000 engineers engaged in research and development. According to the organization's most recent job posting, it is seeking graduates to fill dozens of positions at its facilities in Wuhan, Shanghai and Beijing.

Chinese media reports that the company has a 232-layer NAND chip which makes it no better than the world's top memory chip producers, which include Samsung Electronics, Micron and SK Hynix. The reported success has not received any official confirmation from YMTC.

According to data from Minsheng Securities, China is the world's second largest market for NAND flash products, accounting for over 31% of the global market share. In contrast, YMTC's market share of memory chips was only 1% in 2020.

According to Minsheng Securities, 95% of the market during the same period was controlled by Samsung, Toshiba, Western Digital, Intel, Micron and SK Hynix. It projected the YMTC to grow by 2025.

Still, it is speculated that YMTC will supply memory chips to Apple, as makers of the iPhone and iPad are eager to use the Chinese company's goods for products sold on the mainland.

Arisa Liu, a senior semiconductor research fellow at the Taiwan Institute of Economic Research, stated that YMTC's opportunity to enter Apple's supply chain as a key player of the Chinese memory industry has great symbolic significance for the industry and is a recognition of its technological prowess.
However, there are reportedly concerns about that potential development in the US.

According to reports from August, Washington has been considering a ban on the sale of US semiconductor manufacturing equipment to China's advanced NAND Flash chip foundries. If implemented, this would be the first time the US government has specifically targeted this area of the mainland's integrated circuit industry.

According to Liu from the Taiwan Institute of Economic Research, the possibility of the US extending the scope of its trade sanctions to include YMTC is real given the memory chip manufacturer's technological advancement.

Based on findings from a third-party teardown report by the Canadian consulting firm IP Research Group, US Senate Majority Leader Chuck Schumer renewed calls for Washington to add YMTC to its trade blacklist for breaking export controls by providing chips to Huawei, according to a Financial Times report on Thursday.

According to the report, a teardown of the Mate Xs 2 foldable smartphone by Huawei revealed that YMTC supplied the NAND memory chips.

The managing partner and founder of IP Research Group, Siva Manoharan, responded to the South China Morning Post via email and downplayed the importance of their teardown analysis.

The group, according to him, "supplied a picture of the chips found on the phone, nothing more - there is no evidence or opinion on the dates or sources of any chips on the phone or when the phone was manufactured,"

YMTC, which last year denied US politicians’ claims that it had ties to the Chinese military, has remained mum on the prospects of being hit by US sanctions.

Such trade restrictions could impact the firm’s operations, which uses semiconductor manufacturing gear from Lam Research and licensed technology from Adeia, part of Xperi Holding Corp, according to Patel from SemiAnalysis.

The NAND Flash memory chip market is currently “frosty”, according to a research note by TrendForce analyst Pinchun Chou, who said inventories are at a “breaking point” and that chip makers are being forced to cut prices. 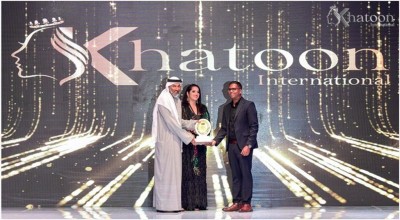