Akshay Kumar's these 5 films to be released in theatre, appealed this to fans After the Corona epidemic, 5 Akshay Kumar movies are now all set to release in theatres. Akshay has now appealed to the audience and fans to come to theatres and watch movies. Akshay said that now things are getting normal and hopefully everyone stays like this so you can help the entertainment world by watching movies in theatres.

In fact, talking to a news portal, Akshay said, "It's a very good feeling that once again 4-5 films are releasing in a year. Things are getting back to normal now and hopefully, everyone will stay like that.'' According to Akshay, he and the film team have been waiting for a long time to entertain the audience in theatres. The industry is hoping that everything will be the same as it was before corona. At the same time, it should not be bad anymore.

Akshay also said that for a year and a half, it was very difficult for the industry and there was a lot of money problem. Now that the theatres are opening back in Maharashtra, it is expected that the audience will come to the theatres because they too are missing the theatres. Tell you that Akshay's movies Suryavanshi, Prithviraj, Bachchan Pandey, Raksha Bandhan and Ram Setu are slated to release in the coming months. Apart from these, Akshay Kumar's Oh My God, Atrangi Ray will also be seen. However, these movies are likely to release next year. Akshay last appeared in the movie Bell Bottom and was released in theatres. However, all cinema halls in Maharashtra were closed at that time. 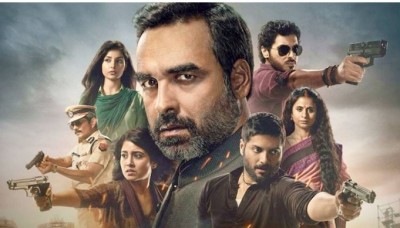