Alastair Cook thrilling bating in the boxing test against Australia. At 3-0 down after three Tests, the Ashes urn is already lost to Australia but Cook and Broad showed their careers are not over yet after critics had questioned their place in the England team. In scorching heat in Melbourne, England bowled out the Australians for 327, with 113-Test paceman Broad capturing four wickets for 51 runs in his best bowling performance in more than a year. Cook then ended a 10-innings stretch without a half-century, the longest drought of his 151-Test career, to claim his 32nd Test ton.

Cook also overtook Mahela Jayawardene, Shivnarine Chanderpaul and Brian Lara to move into outright sixth place among test cricket's all-time leading scorers while posting the fifth double ton of his career. After resuming on 104, Cook reached his 200 after tea when he drove Jackson Bird straight down the ground for four. He was dropped twice by the Australian captain Steve Smith, on 66 then again on 153, but hardly played another false shot during a marathon innings. 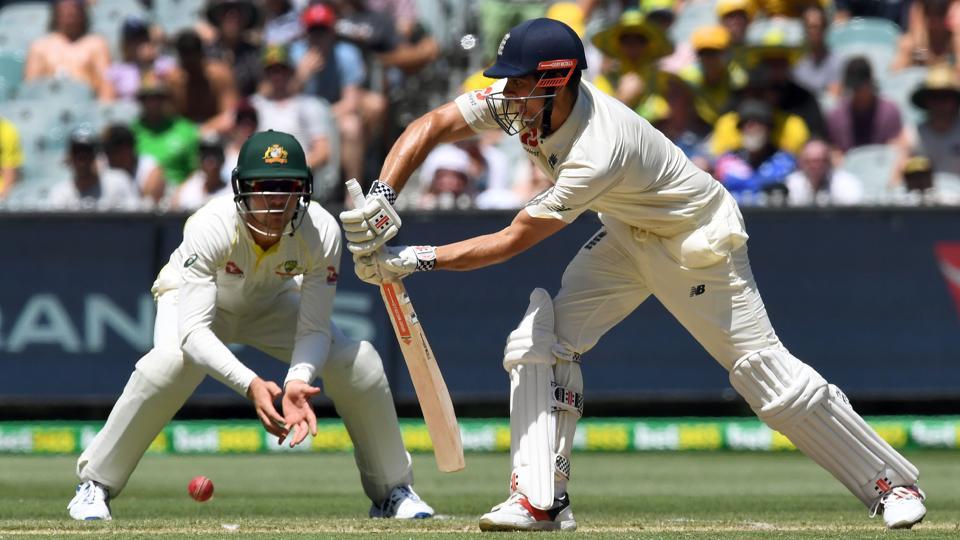 By the time stumps were drawn, Cook had batted a total of 634 minutes, faced 409 balls and struck 27 boundaries. He walked off to a standing ovation with his team in a great position to salvage a consolation win after losing the first three matches in the five-test series to surrender the Ashes. 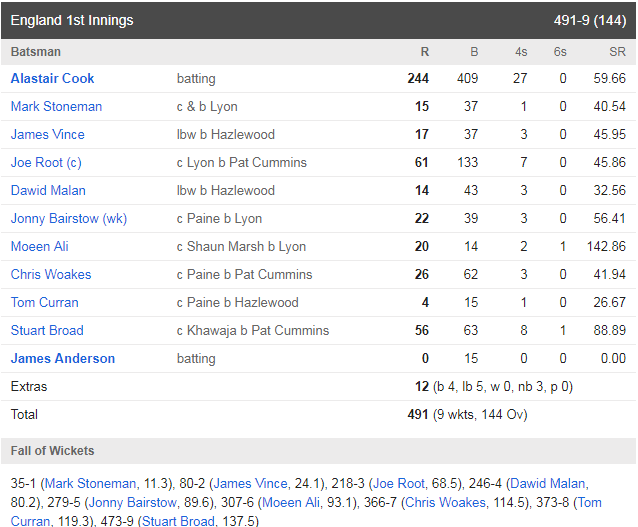