Recently Pakistani actress-model-singer, Meesha Shafi has accused Ali Zafar of sexual harassment. Zafar is said to be the fellow artist of Meesha Shafi.

On Thursday Meesha tweeted by saying that she had been subjected to sexual harassment. Ali Zafar harassed her with a physical nature. She also denied the fact that these incidences did not happen to her when she entered the industry or was a newcomer. 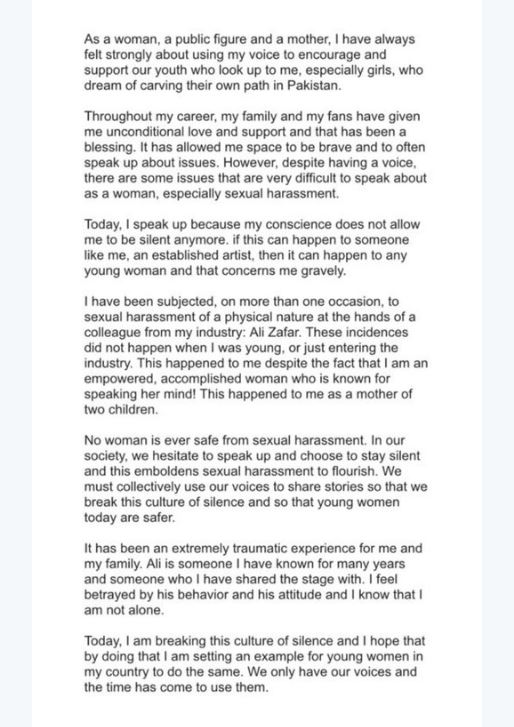 “This happened to me despite the fact that I am an empowered, accomplished woman who is known for speaking her mind! This happened to me as a mother of two children,” the note read. "It is not easy to speak out but it is harder to stay silent. My conscience will not allow it anymore #MeToo,” she added for the sexual harassment events happening across the globe.

Pakistani artist Ali Zafar has “categorically” denied any and all claims of harassment lodged against him by compatriot actress-model-singer Meesha Shafi.

Counterstrike to her tweet, on Thursday, Ali Zafar also tweeted and said that he has “nothing to hide and that silence in not an option”. 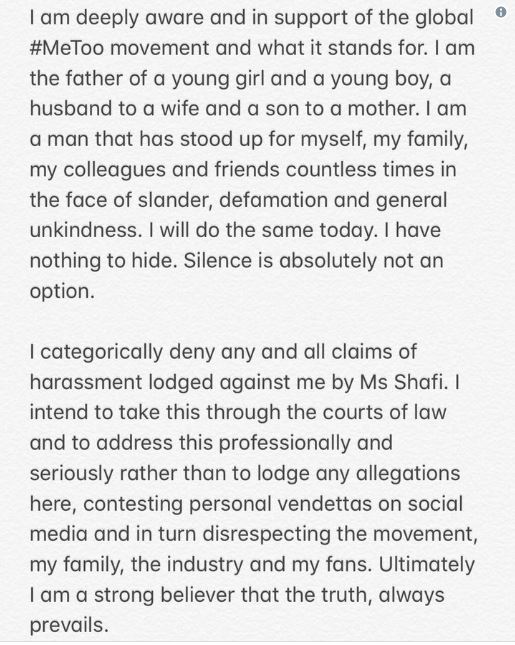 In his post, Zafar said that he is aware of the #MeToo movement. He also stated that he is a father of a young girl, a husband, and a son. With the denial, he said that he stood for everyone during their slanders and he categorically denies all claims of harassment lodged against him. He added that he is a strong believer that the truth always prevails.