Jasmin was blown away after seeing the picture of Aly Goni, said this There is no doubt that Aly Goni is a great actor. Aly is quite busy nowadays but even after getting busy, he takes some time out for his fans. Aly keeps sharing pictures and videos of himself on his social media day in and day out. In the past too, he has shared a super cool monochrome picture on the photo-sharing app that you can see. Now everyone is loving his post and we are sure you will like it too. Sharing a picture of his new look, Aly wrote, "This year too, tamasha is same old. How many of them are ours and how many have been unknowing."

Looking at it it looks like the TV star is in a poetic mood. Now this picture of him is fast going viral. Fans are giving immense love to it with their likes and comments. Seeing Aly's photo, one user wrote, 'Too hot.' Another mentioned his caption and wrote, "Your poem is brilliant.' This black and white picture of Aly has received thousands of likes. The actor's girlfriend Jasmin Bhasin has also written a comment on it.

Commenting on the picture, she wrote, "Oops Kya Ada Kya Jalwe.'' Responding to this, Aly said, 'Less than you.'' Now, this comment is also in the news. His post is being loved by all. Well, you must be aware that Aly Goni and Jasmin Bhasin are among the most loved couples on social media. The two had so far appeared together in music videos 'Tera Suit' and 'Tu Bhi Sataaya Jaayega.' The two have last been seen in 2 phone music videos.

This famous actress became a bride, fans asked- 'Have you married?' 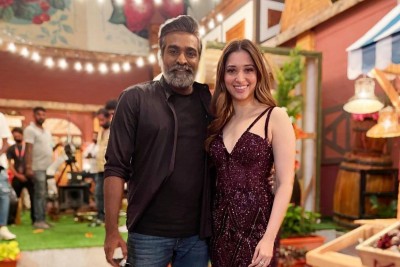