Bollywood superstarvicky kaushal and katrina kaif's wedding is very excited about every wedding detail in fans. The couple will have a turmeric ceremony on Wednesday after the mehndi ceremony on Tuesday followed by an after party. VIP guests are also coming for the wedding. The Ambani family is also said to be a guest at Vicky-Katrina's wedding.

Today, 8th December, the couple will have a turmeric ceremony in the morning and then after the party. Neha Dhupia, Angad Bedi, film director Kabir Khan and her wife Mini Mathur and actress Sharwari Bagh reached six senses at the guests on Tuesday. It is now being reported that the Ambani family may also attend Vicky-Katrina's wedding. 5 rooms have also been reserved for them at oberoi hotel. Akshay Kumar and other stars may also come up with Virat-Anushka at the wedding. Security is also being taken care of at the wedding. Entry is also not being given without a security code.

Katrina and Vicky will take seven rounds after the Sehra bandh ceremony on the afternoon of December 9. Then, there will be dinner and pool party. The mehndi ceremony took place on Tuesday. According to reports, Vicky and Katrina's mehndi function has taken place in the courtyard of the cortine restaurant. The decoration of this place was special and the yellow theme was kept. Vicky and Katrina's mehndi has happened together. Vicky wore a mahrun coloured sherwani while Katrina wore a bean colour lehenga with a pink flower design. 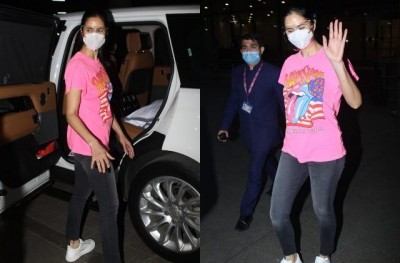