Johnny Depp and Amber Heard's defamation trial is poised to be sensationalised even more with a new movie just four months after the decision was made. EW has your exclusive first look at the crazy teaser.

Mark Hapka and Megan Davis play the feuding ex-spouses in the movie The Depp/Heard Trial. The former is decked out in Depp's trademark goatee, ponytail, and sunglasses, while the latter imitates Heard's much-discussed attire.

The trial's iconic touchstones are depicted in the teaser, including Depp's casual demeanour in court, Heard's heightened social media scrutiny, and yes, even a mention of James Franco, who was listed as a witness on Heard's list but was never asked to testify.

Check out the trailer below:

"It's day one of the Depp vs. Heard defamation trial; though fans are showing support for both sides, there's clearly a favourite here," the Depp fanatics who came from far and wide to attend the hearings and camp outside the courtroom, a reporter says in the trailer.

A seven-person jury found in June after a six-week trial that Heard had maliciously and knowingly slandered Depp in a 2018 Washington Post op-ed in which she identified herself as a public advocate for domestic abuse. After a plea for a mistrial was granted, Heard's counsel filed an appeal of the judgement in July.

"We believe the court made errors that prevented a just and fair verdict consistent with the First Amendment," a spokesperson for Heard said. "While we realize today's filing will ignite the Twitter bonfires, there are steps we need to take to ensure both fairness and justice." 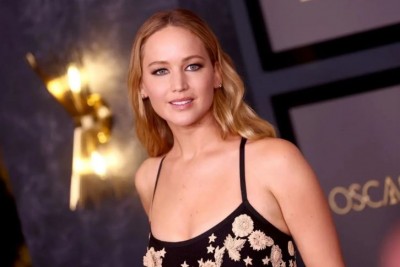