Ahmedabad: Union Home Minister and BJP strongman Amit Shah did not consider the Aam Aadmi Party (AAP) as a challenge in the Gujarat Assembly elections, claiming that the Arvind Kejriwal-led party may not even open its account. Describing the promise of setting up an anti-radicalization cell by the BJP's state unit in its Sankalp Patra as a good initiative, Shah said it can also be considered by the governments of the Centre and other states. The BJP has named the election manifesto the Sankalp Patra.

In an interview, Home Minister Shah cited PM Narendra Modi's popularity, the all-round development of Gujarat during his tenure as the state CM, and the policy of zero tolerance for appeasement as the main reasons for people continuously reposing faith in the BJP in the last 27 years. Amit Shah said, 'BJP will get an unexpected victory in Gujarat. Because people have full faith in us.' On the question of AAP's knock in the assembly elections, Amit Shah said, 'AAP' does not stay anywhere in the minds of the people of Gujarat. Wait for the election results, the name of 'AAP' candidates may not appear in the list of successful candidates. Amit Shah said, 'Congress is still the main opposition party, but it is going through a crisis at the national level, whose effect is also visible in Gujarat.' Regarding Bharat Jodo Yatra, Shah said that Leaders should be hardworking and it is nice when someone works hard. But results are obtained only through continuous efforts in politics. 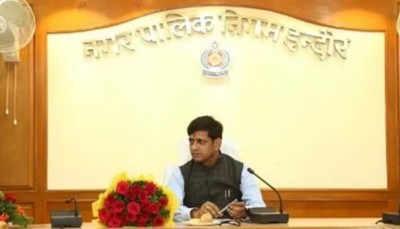