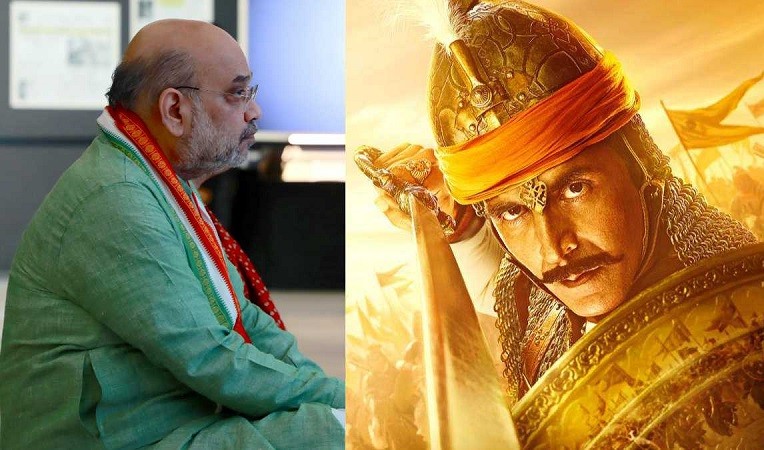 On June 1, Union Home Minister Amit Shah will watch Akshay Kumar's historical epic 'Prithviraj,' based on the life and valour of the fearless and strong monarch Prithviraj Chauhan.

Chandraprakash Dwivedi, the film's director, confirmed the news "Yes, this information is correct. It is a privilege for us that our country's Honourable Home Minister, Shri Amit Shah ji is going to see the epic saga on the glorious life of one of Bharatmata's bravest sons, Samrat Prithviraj Chauhan, who sacrificed his life for the country."

In the film, Akshay Kumar plays Prithviraj Chauhan, a legendary warrior king who battled bravely to maintain India's independence from the cruel invader Muhammad of Ghor.

Dwivedi, who is well known for directing the television series 'Chanakya' and the critically praised film 'Pinjar,' has directed the film under the Yash Raj Films label as the company's first historical feature.

The film will be released in Hindi, Tamil, and Telugu theatres on June 3rd.