Bollywood's megastar Amitabh Bachchan is very active on social media and keeps sharing updates related to him with fans. Many times they have to face trolling. Something similar happened this time too. In fact, Amitabh Bachchan wished good morning late, so the trolls have made him their target. After which Amitabh Bachchan has given him a strong reply. 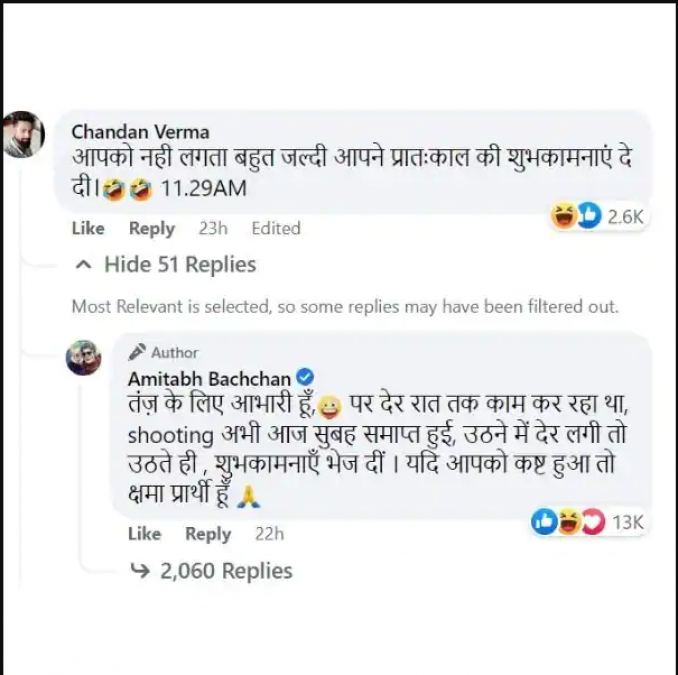 Comment on Amitabh Bachchan's post: On this post of Amitabh Bachchan, all the trolls have also commented on him targeting him. On this, they have also taken it off. One user wrote, "O old man is 12 o'clock and you are saying good morning right now. On this, Amitabh Bachchan wrote, "Let's say, the truth is saying. I'm in the country and was working all night so woke up late. Another user wrote, "What an early morning is this, Mahalayak ji. So he replied, "I was working all night, so got up late, worth it. ' 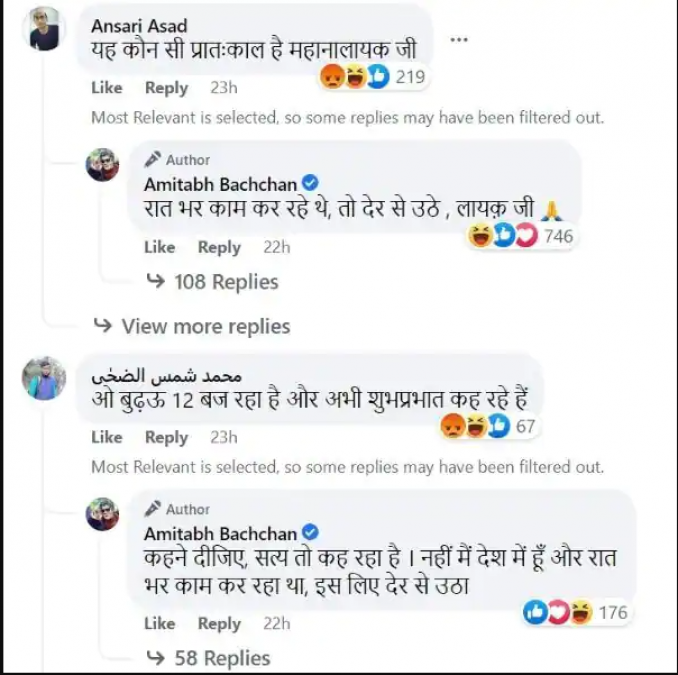