Many people consider tennis to be a sport played in isolation. According to several professionals in the sport who have recently spoken out about this aspect of professional tennis, life on the tour may be difficult at times. Additionally, there are a myriad of ways that relationships between rival competitors in a sport where athletes compete against one another for individual honours could falter, if not immediately then at least over a very long time.

But the unblemished display of respect exchanged and returned by the two greatest tennis players to ever pick up a racquet has once again shown why young children everywhere need to take up sports as a discipline. Even the strongest of hearts broke as Roger Federer and Rafael Nadal sat on the bench at a tennis tournament for what may have been the final time as competitors, sobbing uncontrollably when they realised it.

In a moment of sporting history, the world said goodbye to one of the classiest players of lawn tennis ever as tears streamed from the eyes of the illustrious athletes who have served as an inspiration to many generations. The gap that Federer leaves behind as he enters the next stage of his life was felt by everyone, but perhaps no one more so than his fiercest opponent Nadal.

“When Roger leaves the Tour, an important part of my life is leaving too."

“At the end, everything became super emotional. For me, it has been a huge honour to be a part of this amazing moment in the history of our sport, and at the same time a lot of years sharing a lot of things together."

The competition, which began back in 2004, lasted for two decades and had an impact on millions of people's lives. When these two gaming veterans competed for the top prize on the final day of competitions, a staggering 24 titles were decided. The greats fought tooth and nail for victory, which was almost second nature to them, on a total of 40 occasions.

“He has been next to or in front of me in important moments of my life," Nadal recollected.

Because of the respect these two guys still have for one another while being one another's worst enemy, their heyday will be remembered as a bizarre period in history.

“When I started to be a better player, Roger was always there in front of me. For me, he was always the guy to beat. So at some point, we were probably the biggest rivals — I think always in a very good way."

“We respect a lot each other, our families, our teams. I mean, we never had big issues," Nadal said.

The affinity between the legends, who have achieved so much in their careers that the simple idea that these two icons reached their peak in the same age seems surreal, grew stronger as the rivalry did.

“In the family life, personal life, probably we approach life, not in a very different way. So that’s why we can trust each other, we can speak very often, and we’re able to speak feeling very free, feeling confident."

“Having somebody like Roger that I feel confident to talk about any personal thing, it’s something that it’s very beautiful after all the things that we shared together and all the important things that we fought for such a long time.

“I am very proud to be part of his career in some way. But even for me happier to finish our career like friends after everything we shared on the court like rivals."

The exquisite Swiss great's iconic single-handed backhand will live on in indelible memory for those fortunate enough to have witnessed it first-hand, and the tennis world will sadly mourn one of its favourite sons who gave them much to smile about all these years. 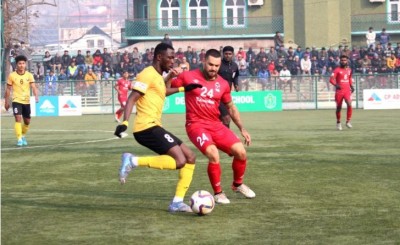