Bollywood actor took to photo sharing  website Instagram to reveal the poster, where he and his co-star Radhika Apte can be seen walking hand in hand on a image of a piano. The 'Dum Laga Ke Haisha' star captioned his post,"He stumbled upon love. She fell in it. What does fate have in store for them? Watch #AndhaDhun in cinemas on 5th October to know," the post read. 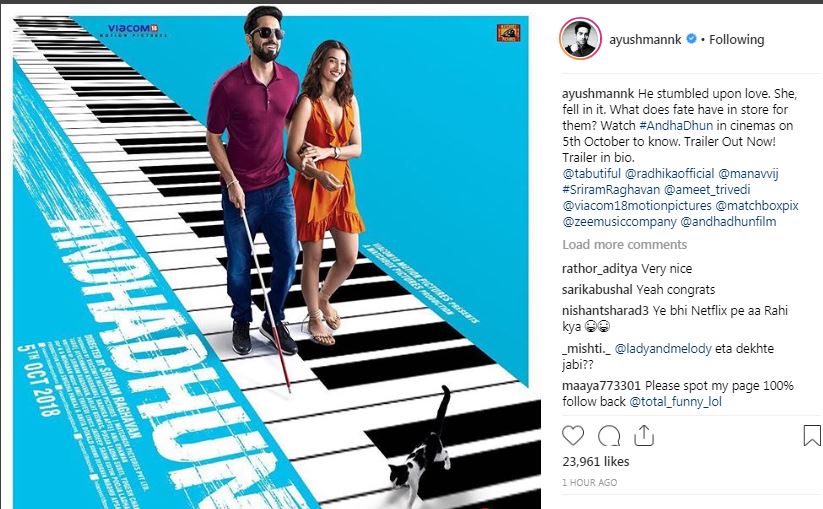 With back-to-back strange and captivating posters from the film, this Sriram Raghavan adventure movie is enhancing the thrill among the masses.

Earlier the trailer of the film drew massive positive reception for the actors, especially from the film society.

The film, which also stars Tabu in a key role, tells the story of a blind piano artist (Ayushmann) and front elevation of his love story. Speaking about Ayushmann’s character in the film, director Raghavan had earlier said that the actor has undergone a painstaking training for his role.

'AndhaDhun' is slated to hit the silver screen on October 5.