Ankita breaks silence for the first time on breakup with Sushant 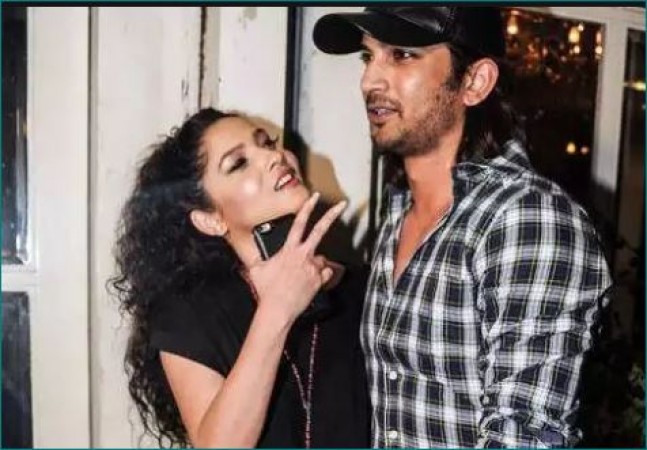 It has been 9 months since the death of Sushant Singh Rajput. Even today, people have not forgotten Sushant. Along with this, there are many people who are seen taunting their ex-girlfriend Ankita Lokhande. You all may have known that Ankita and Sushant were together but in the year 2016, both of them separated their paths. After 5 years of their breakup, Ankita Lokhande has spoken openly on this separation. Recently, in a conversation with a website, he has clearly stated that 'Sushant wanted to move forward, but he did not know what his condition was during that time.

She said, 'I felt that in these conditions it is better to remain silent so that the sanctity of the relationship is not affected. Because I did not want to be the spectacle of personal life in front of the world. Even if people have misunderstood me. Even today people come and tell me that you have left Sushant? Sadly, nobody knows my story " With this, she further said, 'I am not blaming anyone here. Sushant had made his choice very clearly that he wanted to move forward in his career and he did so".

At the same time, she also told that 'I was doing so many things for two and a half years, but I was not really in that condition where I could just work. I am not someone who could easily move forward and start working. So it was very difficult for me. My family was standing with me at that time. ' By the way, you all would know that today, Ankia is dating Vicky Jain and is going to marry him soon'.