Bhubaneswar: On Monday, MLA of Biju Janata Dal (BJD) Byomkesh Ray has been confirmed Coronavirus positive. With this, thirteen MLAs have come under the grip of Coronavirus so far. The MLA of Chandbali has expressed grief through Facebook over not being able to serve the flood-affected people in his area. Byomkesh Ray K wrote on Facebook, "Infected with Corona infection. I request all the people coming to the contact to be alert and separate themselves. By God's grace, my condition is stable now. I am very sad to not be able to serve the people affected by the floods in Chandbali. ''

Debi Prasad Mishra, vice-president of BJD and MLA of Badamba, was also found corona infected on Sunday. A total of thirteen MLAs have been found infected so far, of which eleven are from BJD and 2 are from BJP. Earlier this month, BJP MP Suresh Pujari from Bargarh and BJD MP Manjulata Mandal from Bhadrak were found infected with corona.

Three-year-old survives even after getting trapped in a giant kite!

UP: CM Yogi will inaugurate covid Hospital on September 5 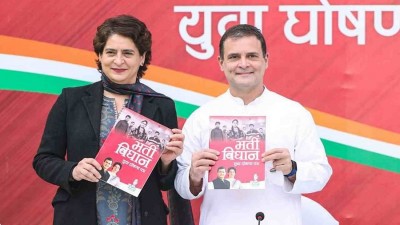