Raipur: Political battle is going on between BJP-Congress regarding the prohibition of liquor in Chhattisgarh. BJP leader Bhupesh Baghel is attacking the government for not keeping the promise. At the same time, the statement of senior Congress MLA and chairman of the political committee on alcoholism, Satyanarayan Sharma, has raised the political mercury. Chhattisgarh BJP chief spokesperson and MLA Ajay Chandrakar attacked the state government.

He wrote on his Twitter- 'Hon Chief Minister, if there is prohibition in the manifesto of the BJP-ruled state, then it must be stopped, but this promise has been made by Chhattisgarh Congress.' MLA Ajay Chandrakar said that if there is a prohibition in the manifesto of Chhattisgarh, then stop it immediately or the public manifesto is false and apologize to the public and expel the minister TS Singhdev from the party. Regarding the prohibition of liquor, former MLA Nande Sahu said that Satyanarayan is the MLA of Raipur Rural Assembly and he has gone mad. In the name of prohibition, Bhupesh Sarkar has made him the chairman in the commentary. It has been four years since the government was formed and there is no liquor ban. Making nonsense statements. They've gone mad. He said that both the public and the BJP are demanding that liquor should be banned. Came with agenda to get power and forgot after getting power. Nande Sahu said that BJP will continue to surround the government with this.

Let us inform you that Satyanarayan Sharma, the president of the political committee formed on the prohibition of liquor in Chhattisgarh, had attacked the BJP. He had said that the prohibition of liquor is not the issue of the people, but only of the BJP. If BJP has to ban liquor, then do it first in BJP-ruled states. BJP is raising the issue of prohibition only for politics. He said that alcohol is a social problem. People from all political parties will sit and discuss. The unanimous decision will be accepted. Sharma said that the social committee and administrative committee are interacting with the people. If there is power in BJP, then where their government is there, it should stop alcohol. Have sat down holding on to one thing. 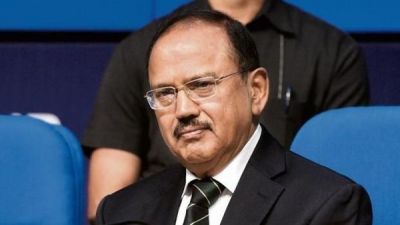