"It's a problem for a company to control what app experiences end up on the device," Zuckerberg said in a conversation with the New York Times DealBook conference on Wednesday. He added that "the bulk of the profits in the mobile ecosystem go to Apple."

Technology companies seeking to reach large mobile audiences have long sought Apple and, to a lesser extent, Alphabet Inc. Raised an issue with Google's App Store policies and charges. After buying Twitter Inc, billionaire Elon Musk joined the chorus and this week fired off a flurry of tweets criticizing Apple's fees and limits on selling apps.

Zuckerberg supported some of Musk's points. He referred to Apple's app content moderation guidelines as "conflicts of interest" because they often target competitors.

This turns Apple into "a governor not only looking out for the interests of the people." Since Apple has tightened its privacy policies to limit how users can be tracked and targeted with advertising, revenue at Meta, which owns social networks Facebook and Instagram, has suffered.

Zuckerberg appeared to support Musk's disapproval of Apple's policies, but Musk later retracted some of his comments, saying that he had met CEO Tim Cook at the company's headquarters and had a "good talk" with him that led to Twitter's disagreement. The "misunderstanding" about placements was cleared. in the App Store.

Regarding Musk's strategy for running Twitter, Zuckerberg was coy in his comments, saying he did not know which strategy would be successful and which would not. He commented, "I think it will be very interesting to see how this plays out."

Zuckerberg avoided answering questions about whether Meta would allow former US President Donald Trump to rejoin Facebook, instead citing previous advice the company had received from its external oversight board, which related to content. Weighs decisions. In January, Meta is expected to make a decision.

As advertising revenue has slowed, Wall Street has grown more skeptical of Meta's investment in its loss-making virtual reality business. Earlier this month, Zuckerberg announced that the company would eliminate more than 11,000 positions and accept personal liability for actions necessitated by cost-cutting measures. Meta announced its first quarter revenue decline in April.

The opening of the interview on Wednesday featured a recorded conversation between avatars of Zuckerberg and the interviewer in the virtual world known as the Metaverse.

Zuckerberg argued that it is "fundamentally wrong" to believe that meta pertains only to the metaverse. He said messaging app WhatsApp would be his next major target for monetization because that platform is "largely untapped".

Also Read:  BlockFi claims in a bankruptcy hearing that it is "the antithesis of FTX."

He cited growth in the business's short-form video feature reels, noting that some estimates indicate it receives half of TikTok's traffic outside China.

In addition, Zuckerberg brought up the fact that Beijing-based ByteDance Ltd. owns TikTok, saying there are "real questions" regarding the Chinese government's influence on the platform. The CEO said that "in many countries, all the data goes to the government." 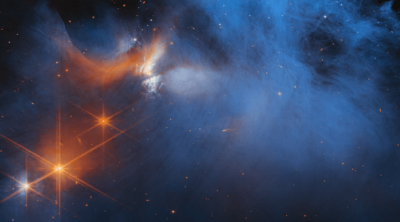