Aquaman’s dreadful look will convince you to watch the movie ‘Aquaman’, the most awaited superhero movie based on the DC Comics’ character increased waiters desperation by releasing its new poster. The poster seems fascinating as Jason Momoa therein can be seen in the aqua field with sharks and whales helping him to create a dreadful look. 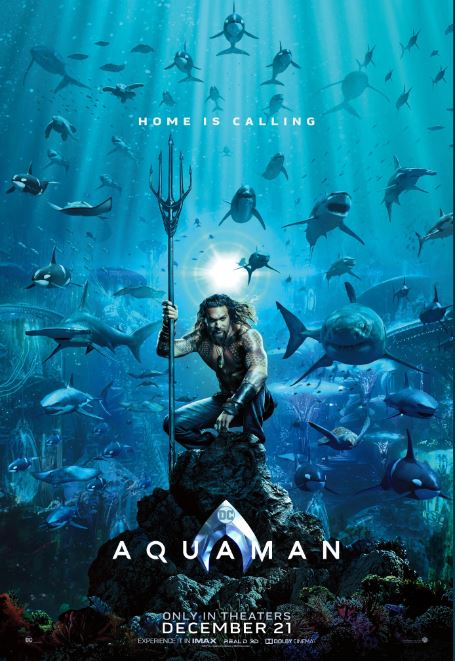 Reports claiming that the James Wan directorial can be the sixth installment of DC Extended Universe (DCEU). Will Beall, Geoff Johns, and the director have worked on the storyline which will be portrayed by actors such as Amber Heard, Willem Dafoe, Dolph Lundgren, Temuera Morrison, Yahya Abdul-Mateen II, Patrick Wilson, and Nicole Kidman along with Jason in lead role as Arthur Curry.

The makers not only unveiled the new look but also announced the date of new trailer release as Saturday that is 21st June.

Movies plot revolves around the Arthur Curry’s character who is the decedent of the underwater kingdom of Atlantis and helps his people to survive and be their hero alike his brother Orm. The ‘Justice League’ events will be followed in this upcoming movie where the ruler of the underwater kingdom will fight a war against surface dwellers. This third live-action theatrical film featuring the title character is scheduled to release on 21st December. So, let's see what the trailer will tell about this new superhero.