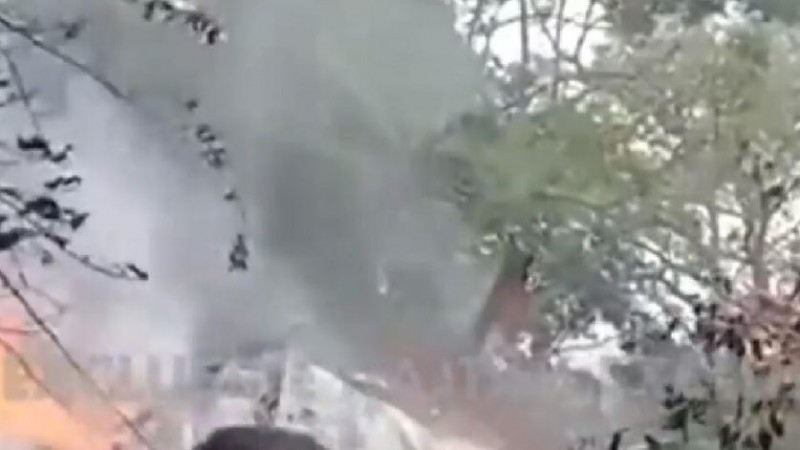 Coonoor: An Indian Fars helicopter crashed in Coonoor, Tamil Nadu. CDS Bipin Rawat is also said to be present. Three soldiers have been rescued so far. The accident is said to have taken place due to bad weather. The helicopter was carrying Chief of Defence Staff Bipin Rawat and his wife. Three persons are said to have been seriously injured. All of them have been taken to Wellington Base for treatment. The search for the fourth person is on.

The same incident took place in the Nilgiri hills. The forest here is very dense. The helicopter caught fire after the crash. It is said to have been a two-engine helicopter. The helicopter was carrying 4 persons. The accident was very serious. The helicopter crashed in nilgiri area of Coonoor. This is a forested area. According to the army, rescue teams are working to save them.

According to media reports, 3 persons have been rescued. All the injured have been admitted to a nearby hospital. The army helicopter was carrying senior officers.