World Alzheimer's Day: Do you have the disease of forgetting things by keeping them aside... World Alzheimer's Day is celebrated every year, September 21. Tell you that Alzheimer's disease is called Amnesia. Can get rid of this disease by Meditation and yoga. There are many types of forgetfulness - such as forgetting something somewhere or forgetting what was said a while ago, etc. First, people don't pay attention to it as common. However, the disease begins to increase after age. It is difficult to remember things in that. The elderly are more prone to this disease. But, today, the youth are also getting affected by it. The number of patients with the disease has increased considerably over the years.

Psychiatrists point out that amnesia is related to the brain. The disease occurs in individuals due to damage to the nerves of the brain. In this disease, the memory of the person begins to go slowly. No exact treatment for the disease has been found so far. The disease can be avoided to some extent by changing the lifestyle. The early symptoms of the disease are ignored by people, which increases it.

-Not able to sleep at night.
-Forgetting things that you have kept.
-Loss of eyesight.
-Difficulty in small tasks also.
-Not recognizing your family members.
-To be in depression, to be afraid.

If a person has symptoms of Alzheimer's, you should consult a doctor immediately. While exercising, should eat a diet rich in nutrients. You should meet as many people as possible so that there will be no depression. People at home should be in more touch so that there is no problem in recognizing their faces. 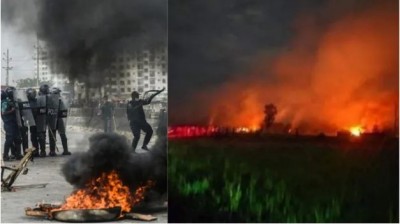