Who does not know Pakistani singer Atif Aslam today? Atif has won millions of hearts with his voice, then why should it not be the hearts of the people of India. By the way, Atif has a tremendous fan following in India today and many songs of Atif have become a superhit. Atif has won the hearts of people by working for the Bollywood industry. Atif wanted to sing 'Pal Pal Dil Ke Paas' along with 'Chashni' from the film 'Bharat.' Now Atif Aslam says that, 'He feels happy by giving so many hit songs. The way people have given him love, he considers himself lucky.'

Let us tell you that for the film 'Bharat' in the year 2019, Atif Aslam sang the song 'Chashni' together with Abhijeet Srivastava. On the other hand, Arijit Singh gave his voice to Sunny Deol's film 'Pal Pal Dil Ke Paas.' Amidst all this, in a recent interview, Atif said, 'In my voice, both these songs would have sounded better. Atif says I have no regrets if I tell the truth. You can't do anything, so I don't look back or think I wanted to sing those two songs. The interesting thing for me is that I have worked with many wonderful people in the Bollywood industry. I had a lot of fun. The kind of love I received from people is enough for me. They live in my heart.'

With this, Atif further said, 'I believe in only one thing, that I will get whatever is written for me. It will come to me. What is not written for me will not come. I don't feel sorry for it. It was not in my hands that I should remain in Pakistan and could not sing songs for Bollywood. It was meant to be, so it happened and I think it's a good thing if you take things as they come your way.' 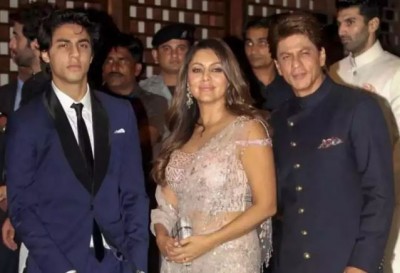 Ranveer Singh commented on Virat photo with Vamika, Fans said- Next is your number