New Delhi: Australia has also won the second Test of the Ashes series. Chasing 473 runs in the day-night Test, England were bowled out for just 192. Australia has now taken a 2-0 lead in the five-match series. The big thing is that Australia has won this victory under Steve Smith.

England's batting seemed completely scattered in the second innings, with Haseeb Hameed losing his wicket in the second over. Chris Woakes (44) scored the most runs for England, while skipper Joe Root managed just 24 runs. On the other hand, young Zayal Richardson took five wickets for Australia, his second Test match. Australia won the match by 275 runs and the hero of the win was Marnus Labushen. Who scored a brilliant century in the first innings. In the first innings, Australia declared their innings at 473, including captain Steve Smith's 93, David Warner's 95 in addition to Marnus Lebushen's century.

Jos Buttler and Chris Woakes tried to fight back to some extent for England in the second innings, but they could not continue their fight for a long time. England lost the first match and now, in the second match, when James Anderson, Stuart Broad came back into the team, England could not do well.

Naidu Expressages displeasure over Lack of Progress in Parliament 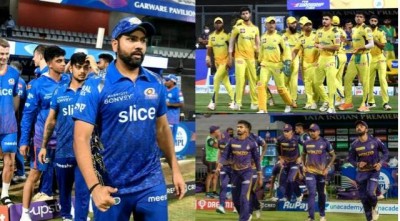