A revamp of global trade rules is essential to stopping economic coercion, Australian Prime Minister Scott Morrison was expected to say Wednesday, in comments aimed at China ahead of his meeting with G7 leaders.

As Australia's shadow trade war with its largest trading partner shows few signs of abating, Morrison will tell the Perth USAsia Centre that the global rules-based order is "under strain".

Beijing has imposed harsh economic sanctions on a range of Australian products in recent months, including tariffs or disruption across several agricultural sectors, coal, wine and tourism.

Many in Canberra believe the measures are punishment for pushing back against Chinese influence operations in Australia, rejecting Chinese investment in sensitive areas and publicly calling for an investigation into the origins of the coronavirus pandemic.

Morrison's comments will come ahead of the G7 Summit in Cornwall, southern England, where Australia has been invited as a guest nation to participate in the "G7 Plus" talks. Morrison plans to use the event as an opportunity to work with leading nations to "modernise" the WTO rulebook, ahead of its ministerial conference in November.

Australia will instead focus on "how we succeed and prosper" in a global economy moving toward net-zero without putting local jobs and industries at risk, he is expected to say Wednesday. 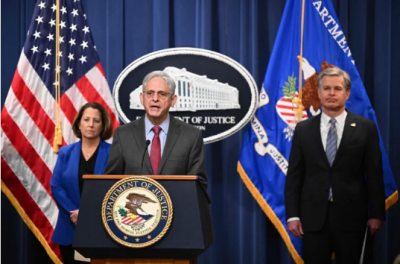