"It gives me immense happiness that the scheme has served more than 2.2 crore people in the last three years, including those residing in the remotest areas," the Health Minister said while chairing the inaugural session of Aarogya Manthan 3.0 to mark the third anniversary of AB PM-JAY. He added that  the journey of the last three years of the implementation of the scheme has been tremendous, as it has empowered millions of citizens with their right to health. The theme of the programme was 'Service and Excellence'. Aarogya Manthan 3.0, a four-day event, commenced by observing 'Ayushman Bharat Diwas'.

Mandaviya went on to say, "Health and development are interlinked. Universal healthcare is the objective and vision of the Prime Minister. Leveraging digital technology in the healthcare sector, India aims to set national goals of digitizing the healthcare landscape to make delivery of services smooth, robust, quick and efficient. In this regard, the National Digital Health Mission will prove to be a game-changer. Public-government partnership is the reason for the success of any government programme. Ayushman Mitra is one such initiative." The minister also virtually interacted with the AB PM-JAY beneficiaries from Jammu and Kashmir, Andaman and Nicobar, Chhattisgarh, Uttar Pradesh, Gujarat, Karnataka, Uttarakhand, Sikkim and Assam.

Ayushman Bharat-Pradhan Mantri Jan Aarogya Yojana was launched on September 23, 2018 from Ranchi by Narendra Modi with an aim to achieve Universal Health Coverage. 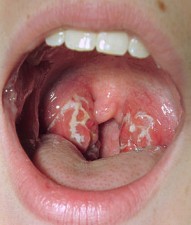