Ahmedabad: Voting for the first phase of the Gujarat Assembly elections is going on today i.e. on Thursday (December 1) out of a total of 182 seats. Just before the voting, cricketer Ravindra Jadeja shared a video on social media. The video of the then Shiv Sena chief Balasaheb Thackeray reads, "Listen carefully to the words of a lion, Abhi Bhi Time Hai, Samajh Jao Gujaratiyo!" Not only this, but at the same time, Balasaheb had predicted the formation of a Modi government at the center.

Rivaba Jadeja, wife of Indian cricketer Ravindra Jadeja, is contesting on a BJP ticket from the North Jamnagar seat. Meanwhile, there is a curiosity among people about what message Ravindra Jadeja is trying to convey by releasing this video. What Balasaheb is saying in the video? At one time, Balasaheb Thackeray's son Uddhav Thackeray himself had revealed about when and why Balasaheb Thackeray said this. In this video, Balasaheb is saying, 'all I have to say is, Narendra Modi Gaya, Gujarat Gaya. This is my verdict. If you sidelined Narendra Modi, then understand that your Gujarat also went.'

Uddhav Thackeray had told about his father's statement that Balasaheb Thackeray had said this when the Godhra incident took place in Gujarat. Gujarat was burning. At that time, the prime minister of the country was Atal Bihari Vajpayee and LK Advani was handling the Home Ministry and Balasaheb Thackeray's Shiv Sena was an ally of the BJP. Narendra Modi was the chief minister of Gujarat then and pressure was being created from all sides to remove him from the CM post. At that time Balasaheb had told Advani Ji that, if you remove Narendra Modi from the post of CM, Gujarat will also go out of your hands.

Nepal election: The ruling five-party alliance, with the NC as the pivotol 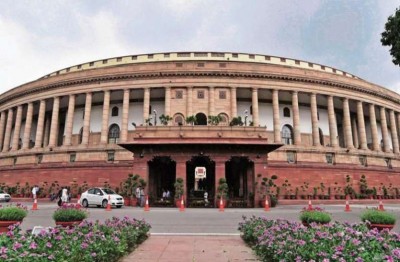