INDORE: Rahul Gandhi-led Bharat Jodo Yatra headed for Ujjain from Indore on Monday, the sixth day of its Madhya Pradesh leg. The foot march began in the morning from Indore's Bada Ganpati square. 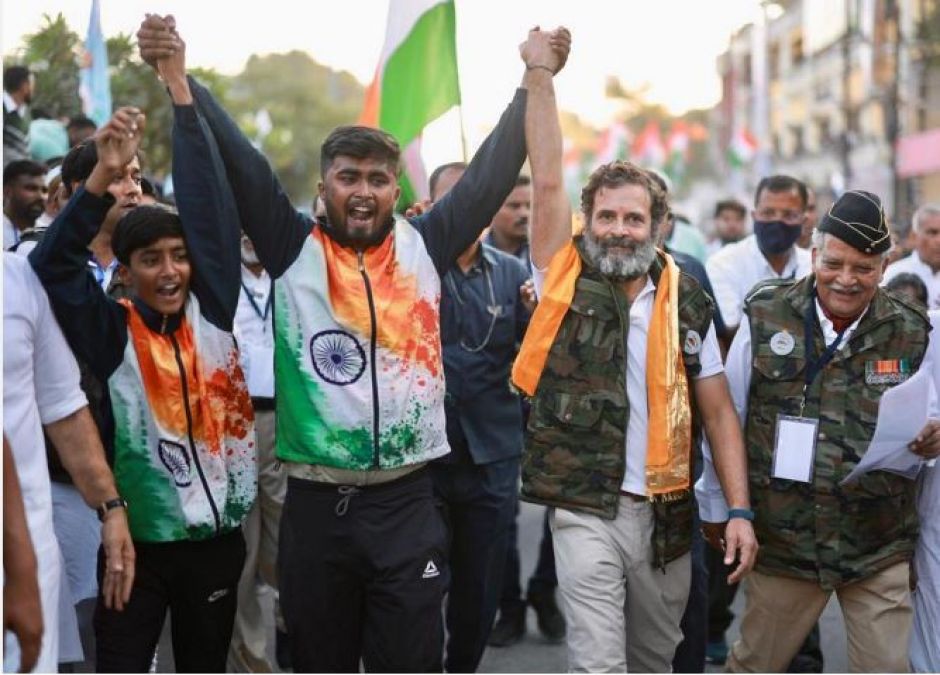 According to the party's timetable, the yatra, a mass contact project of the Congress, will travel 380 kilometres through the western Madhya Pradesh area of Malwa-Nimar in 12 days before entering Rajasthan on December 4.

On November 23, the foot march crossed the border from neighbouring Maharashtra into Madhya Pradesh at Bodarli hamlet in the Burhanpur district. The yatra has travelled more than half of its distance in Madhya Pradesh over the past six days.

The Madhya Pradesh districts of Burhanpur, Khandwa, Khargone, and Indore have so far been included in the  Gandhi-led march.

Digvijay Singh suddenly falls down in Bharat Jodo Yatra and then...