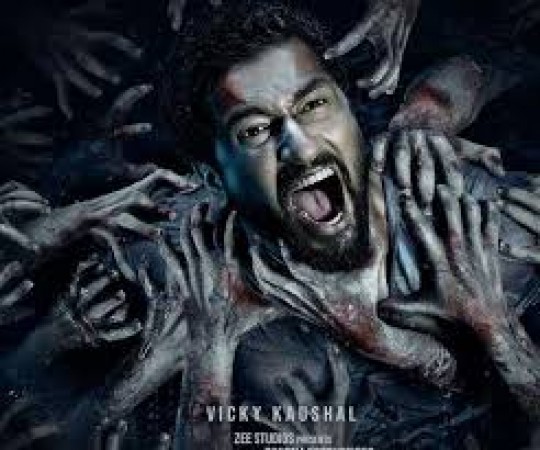 The latest release of Hindi cinema's famous actor Vicky Kaushal is unable to frighten the ghost audience. That is why collections are falling at the box office. On the sixth day of its release, Bhoot- The Haunted Ship's earnings have come down to 2 crores, which is not an auspicious sign for the film. Along with this, according to trade reports, on Wednesday, Bhoot - The Haunted Ship collected only 1.85 crores, which together, the ghost's 6 days net collection has now reached 22.63 crores. If you look at the daily earnings of the film in the first week, then the average collection now comes to 3.77 crores. Its lava is going to be released on Friday (February 28) with Taapsee Pannu's movie Slap, which will increase the challenges of Bhoot.

The opening of Bhoot, released on 21 February, was also mediocre. Apart from this, the film earned 5.10 crores on the first day. However, this was only according to estimates. Along with this, the film grossed 5.52 crores on Saturday and 5.74 crores on Sunday, with Bhoot collecting a collection of 16.36 crores in the opening weekend. On Monday, the film collected 2.32 crores and on Tuesday at 2.10 crores. Bhoot is a film inspired by the real-life incident. With this, a cargo ship came to a halt at Juhu Beach in Mumbai a few years ago.

The film's story structure is modeled on that event. The film stars Vicky Kaushal as Bhumi Pednekar in a guest role. It has been produced by Karan Johar, though directed by Bhanu Pratap Singh. The ghost also received mixed reviews from critics. This is Vicky Kaushal's first release this year. His solo lead role, Uri - The Surgical Strike, which came out in January last year, was successful at the box office. The film had a grand collection of 244 crores and put Vicky in a group of big actors.