Although no action is imminent, a separate lawsuit against TikTok Inc., the highly popular video-sharing app, is a possibility. According to the source, the Commerce Department may impose additional limitations on processors used for artificial intelligence computation. Another of the persons said that the White House is also in talks with Congress about legislation that would require businesses to report in advance any potential investments they could make in specific Chinese industries.

The formation of a system that would grant the government the power to outright ban investments is one of the ideas being examined, the source said. Indicating that the executive order was a part of a larger strategy, the person mentioned how the US had lately limited semiconductor sales to China and Russia. A comprehensive anti-competitive package, which includes $52 billion to support domestic semiconductor research and development, was signed into law by Biden last month.

The White House on Friday evening declined to comment. An inquiry for comments was not immediately answered by TikTok personnel. According to a statement made earlier this week by the department's press office, the Commerce Department anticipates having an update on measures to protect Americans' data from foreign-owned apps before the end of the year.

Because China is the world's largest consumer of semiconductors and has the most electronics facilities, US corporations are subject to increased regulatory scrutiny regarding what they sell to China. Washington has been enforcing stricter regulations on exports to the nation, claiming that doing so poses a security risk.

After the chipmaker warned that new export regulations for some artificial intelligence processors could have an impact on hundreds of millions of dollars in revenue, Nvidia Corp. fell on Thursday. Some claim that the executive order aims to address some of the issues raised by the National Critical Capabilities Defense Act, which was presented by Pennsylvania Democrat Bob Casey and Texas Republican John Cornyn. Because no decision has been taken, the individuals familiar with the administration deliberations spoke under the condition of anonymity. Earlier, Semafor covered intentions for an executive order.

Up until this point, the US has maintained a patchwork of policies that have avoided completely shutting out the Chinese from the semiconductor sector. It focuses on identifying specific businesses that it accuses of posing a threat to national security, such as Huawei Technologies Co. and Semiconductor Manufacturing International Corp. The claims are refuted by both businesses.

Recent actions suggest that the administration is moving toward a more hardline position of forbidding Chinese access to vast areas of technology. The Biden administration is closely monitoring TikTok to see if the Chinese government has access to the personal information of American users. Following then-President Donald Trump's failed attempt to ban the app from the US, the firm, whose parent is Beijing-based Bytedance Ltd., has informed Congress that it has taken precautions to protect US user data, including through a deal with Oracle Corp.

Since 2019, venture capital agreements and dollars invested in Chinese digital startups have risen substantially. According to data firm PitchBook, such investments totalled $118 billion last year, which is the second-highest amount on record. Venture capitalists headquartered in the US were involved in about a fifth of those deals.

Many nations are becoming wary of the huge Chinese technology companies. For instance, in a recent head-to-head debate with Rishi Sunak as part of their bid to succeed Boris Johnson as prime minister, UK Foreign Secretary Liz Truss promised to take tough action against businesses like TikTok. 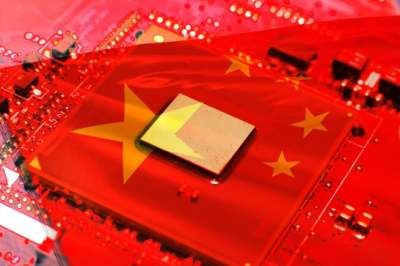