The Kerala government on Friday announced a cash award of over one crore rupees to the state football team that won the prestigious Santosh Trophy.   Kerala had defeated Bengal in a penalty shoot-out in the final. In a cabinet meeting chaired by CM Pinarayi Vijayan, it has been decided to give a total cash award of Rs 1.14 crore to the team. According to an official statement issued here, it was decided to give Rs 5 lakh each to the 20 players and the head coach of the winning team while Rs 3 lakh each to the assistant coach, manager and goalkeeper coach.

Earlier too, it was reported that Churchill Brothers defeated Rajasthan United 2-1 in the second leg of the I-League football tournament here on Tuesday to clinch the victory in the fifth consecutive match. At the last minute of the match, Churchill's team was playing with 10 players but they did not give Rajasthan a chance to equalize and have scored three full points.

Comoran Tursunov opened the account for Churchill in the 23rd minute of the match, while just before the interval, the team's lead was doubled by a suicide goal from Akhand Akhand. Ningthoujam Pritam Singh scored for Rajasthan in the 68th minute to make the score 1-2. The Rajasthan team created many opportunities after this but its players could not convert it into a goal due to poor finishing. Not only that, Churchill's Quan Gomes had to leave the field due to getting a red card at the stoppage time (90+3 minutes). The Rajasthan team could not take advantage of it in the 7 minutes of the game after that. 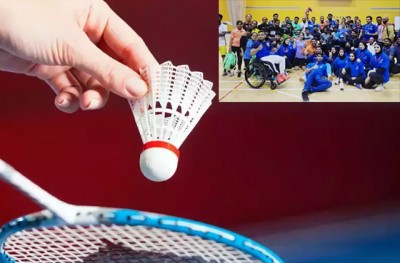