The wedding news of bollywood film actors Vicky Kaushal and Katrina Kaif has been the talk of the town these days. The full details are currently doing the rounds on social media. But in the meantime, there is also information that can disappoint fans. Recently a close relative of Vicky Kaushal revealed that everyone was shocked.

There is confusion over Vicky Kaushal and Katrina Kaif's marriage. While some people are telling this marriage to be confirmed, on the other hand some people are refusing this marriage. Similarly, a relative of Vicky Kaushal disclosed on the ongoing news of marriage. Vicky's cousin sister told that Vicky and Katrina are not getting married. No news has come from both the stars or their families, whatever news is going on is being told only on the basis of reports.

Vicky's cousin Dr. Upasana Vohra has categorically denied the marriage of the two stars. He described it as a rumour going on in the media. His statement is of utmost importance as he is a member of Vicky's family. Vicky's cousin Dr. "From preparations to wedding dates, reports in the media are just rumours," Upasana said. The marriage is not taking place. These are all rumors in your media. If such things happen, they will announce. There are often rumors in Bollywood and later it turns out that it was something else. They are just temporary rumors. I had a conversation with my brother recently. There is nothing like that. Otherwise, I don't want to comment on this issue any more, but the marriage is not taking place at the moment. ' 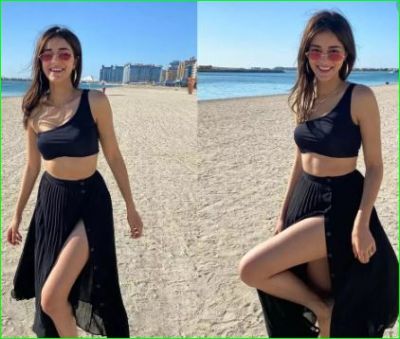