Bihar Elections: BJP not celebrating due to fear of 2015 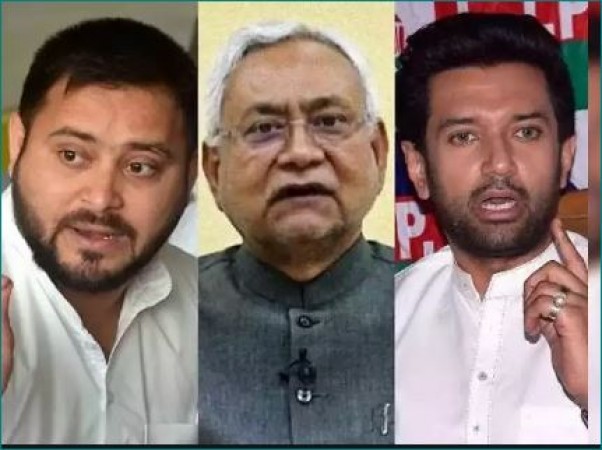 Patna: Counting of votes for Bihar assembly elections is underway today, and it will soon be known who will be the CM of Bihar. In the beginning trend, it seemed that Tejashwi ones were going to win, but now all are showing a change. The trends that are coming up are showing the NDA getting an edge. However, BJP workers have been prevented from celebrating.

According to reports, the BJP officials were angry as soon as the activists in the BJP office tried to celebrate the lead. He immediately refused to celebrate the workers. There are reports that BJP leaders are feeling scared like 2015, they feel that there may be no more than 2015 years. Seeing the trend of postal ballot paper in the year 2015, BJP leaders started celebrating, but the result came, the BJP lost and the Grand Alliance form government.

According to the information received, Jitan Ram Manjhi was also ready to celebrate today, but he has also been denied a clear. According to reports, BJP state president Sanjay Jaiswal said, "It is not right to say anything about it now. He himself will speak about it at 5 o'clock in the evening. The trend of the people will come in the evening and accept the BJP."

Bihar elections: BJP will be like Donald Trump: Mehbooba Mufti