Chirag Paswan after losing says, "I did complete hard work " 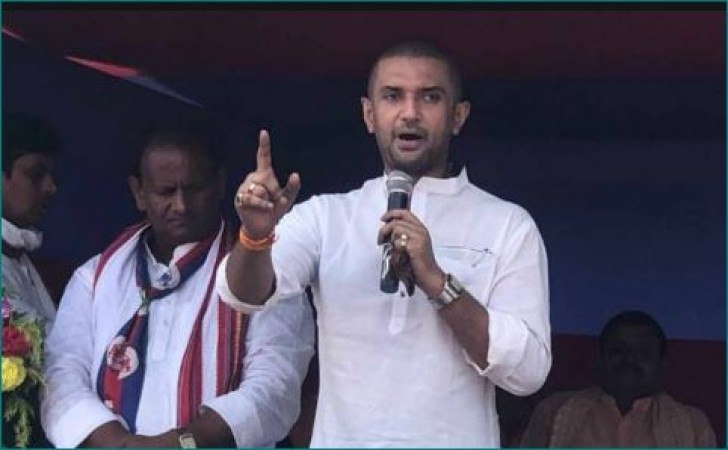 Patna: NDA has won in Bihar assembly elections. The Lok Janshakti Party (LJP) has to see defeat. After losing, the party's national president Chirag Paswan spoke to the media. During the talks, Chirag refused to take responsibility for his defeat.

He said, "What is the definition of defeat? We have found new strength in Bihar, our organisation has been strengthened throughout Bihar." In addition, Chirag also said, "The people of Bihar have made it clear that they are with PM Narendra Modi. The BJP's strengthening in Bihar was essential for the development of Bihar. LJP has firmly contested the election alone and has infused new energy into the party. On Wednesday, party workers are excited that he fought the election alone too strongly."

Chirag Paswan also cleared his defeat and said, "There are many seats where our candidates have been second. This is the new mass base that the party has received during the Bihar assembly elections." In the next conversation, Chirag Paswan, quoting the death of his father Ram Vilas Paswan, said, "I have done as much effort as I have done. This time the election party fought in the opposite situation and limited resources, but I am happy that I have not prepared a strong one. The NDA has won in Bihar because of PM." After this victory, the BJP will take Bihar to a new height of development. Now you have to see what happens next in Bihar..?