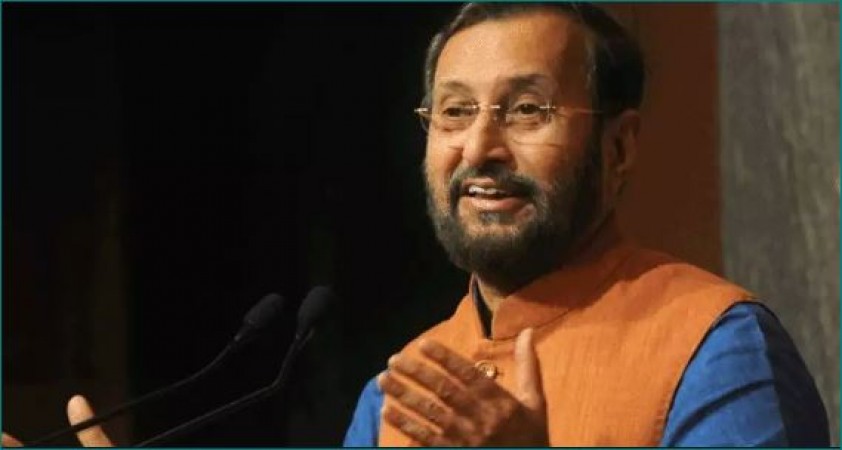 New Delhi: Union Information and Broadcasting Minister Prakash Javadekar has recently expressed happiness over Nitish's government being re-formed in Bihar. The National Democratic Alliance (NDA) won the Bihar assembly elections and many leaders witnessed an atmosphere of happiness. Expressing his happiness over the victory, Union Minister Prakash Javadekar said, "The poll results across the country have again proved that Prime Minister Narendra Modi is the most trusted leader of the country."

Bihar mein bahaar aayi, NDA ne kamaal kiya. The kind of trust Bihar & entire nation has in the leadership of PM Modi - people want progress of the country. They have rejected the kind of politics done by the Opposition parties: Union Minister Prakash Javadekar #BiharElections pic.twitter.com/ou9nvRAmko

He further said, "In Bihar, the NDA has done wonders. The kind of trust that Bihar and the entire country have under the leadership of Prime Minister Modi-people want the country's progress. He has rejected the politics made by the opposition parties." The results of the Bihar assembly have come on Tuesday.

In these results, the Grand Alliance of Lalu Yadav's son, Tejashwi Yadav, has been defeated by NDA in a tough match and has recaptured the power of the state. The BJP has won a strong victory in the by-elections to several other states including Gujarat, Madhya Pradesh and Uttar Pradesh. After the victory, Prakash Javadekar expressed happiness in the tweet and in his tweet he mentioned about the spring time in Bihar. Many people are not tired of congratulating Nitish Kumar after the results of the Bihar assembly elections.

Bihar: Celebrations to be held at BJP Headquarters today, PM Modi-Nadda to attend

Ashwini Choubey calls Nitish Kumar as 'Man of the Match'